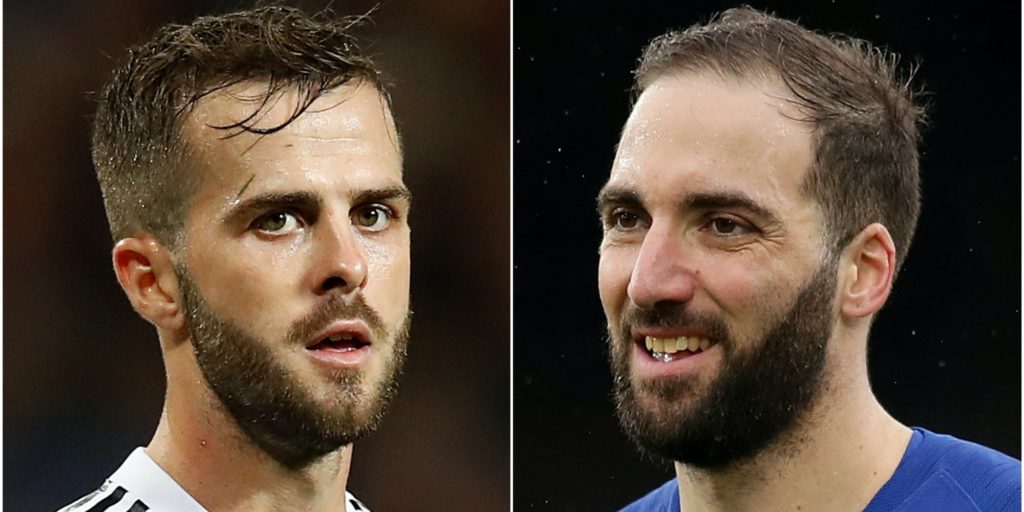 Juve could lose a few of its players to trim its wage bill, according to reports.

Juventus could look to sell a number of players in the summer, with Miralem Pjanic and Gonzalo Higuain tipped to leave the Serie A club, reports the Daily Mail. The paper said the 30-year-old Bosnian midfielder and 32-year-old striker, who has been on loan at Chelsea, could make way to help the club’s financial situation in light of coronavirus.

Caglar Soyuncu could swap Leicester for Barcelona, the Daily Mirror says. The 23-year-old Turkey defender signed for the Foxes from Freiburg in 2018 and has filled the hole left by Harry Maguire when he left for Manchester United.

On Manchester United, and the club will recall Joel Pereira from his loan spell at Hearts after the Scottish Premiership season was ended, reports the Manchester Evening News.

Arsenal are looking to reinforce their defence over the summer with the signing of Nico Elvedi from Borussia Monchengladbach, claims the Daily Star. Mikel Arteta wants to sign the 23-year-old to form a partnership with William Saliba who has spent the season out on loan, the paper adds.

Valentino Lazaro’s future at Newcastle is unclear, reports the Newcastle Chronicle. The winger joined the Magpies on loan from Inter Milan in January and is unsure where he will play next season.

Lautaro Martinez: Barcelona are keen on bringing in the 22-year-old Inter Milan striker, according to Mundo Deportivo.

John Ruddy: Wolves are to offer their 33-year-old goalkeeper a new contract, reports the Birmingham Mail.