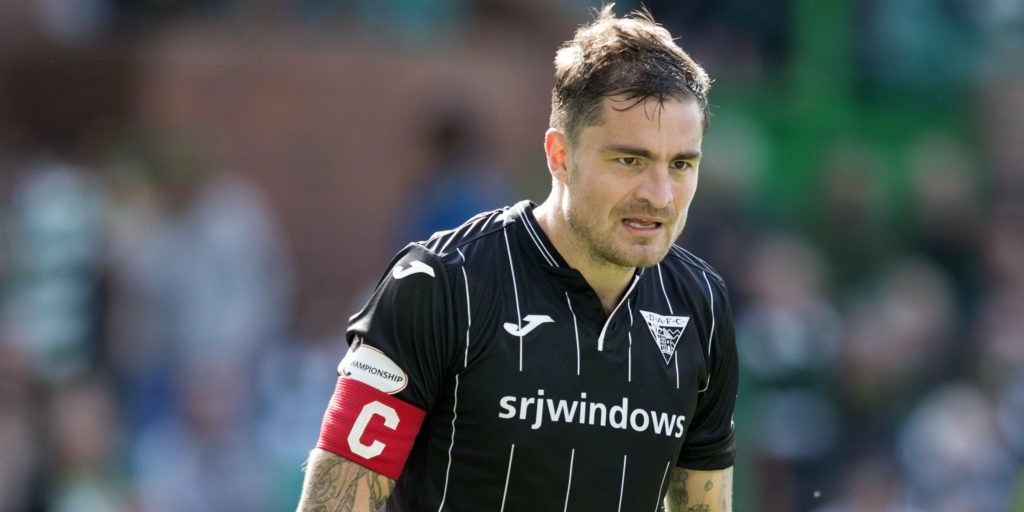 Dunfermline have released 17 players amid increasing uncertainty over whether lower-division football will take place in Scotland next season.

The Scottish Championship club say they are not in a position to hand out any new contracts. Lee Ashcroft, Tom Beadling, Danny Devine, Paul Paton, Ryan Scully, Joe Thomson and Andy Ryan are among the players departing.

Championship clubs are expected to meet next week to discuss the prospects for next season, while Hearts owner Ann Budge is still working on plans for potential league reconstruction after her club were consigned to relegation from the Premiership.

A Dunfermline statement read: “All Scottish football clubs are now faced with challenging and uncertain times.

“As a consequence of this continued uncertainty, we are afraid to announce that unfortunately our club will not be in a position to offer new contracts, at this time, to any of the players who are out of contract over the coming days.

“As we don’t know when we will be playing games again we have no other option but to protect the future of the club itself. This has not been an easy decision to make, being aware of the impact this may have.

“We would like to offer our very best wishes to all of the players and their families, as well as thanking them for their services to our club.”

Forfar outlined the difficulties facing clubs in the lower two divisions, who met on Thursday.

The Angus club said: “Of course, much of what was discussed is of a confidential nature, but the main thrust of the meeting was the potential for a re-start to league action at some point this year.

“There is no point in kidding supporters on. This is going to be a very difficult task for clubs at our level. Although government restrictions are starting to be eased from next week, a date for the resumption of the senior game even at Premiership level in Scotland is far from being confirmed as yet.

“At League One and Two level, the major stumbling block to even considering the prospect of playing behind closed doors or with a restricted crowd figure is the medical costs that clubs would have to meet under current regulations.

“All management and playing staff as a minimum requirement would at present require to be individually tested for the virus twice a week even on the resumption of training. The estimated cost between GBP 3,000/GBP 4,000 per week.

“That is before one considers the paying of wages alongside all the weekly expenditure that clubs incur. On the flip side, income streams are certain to be badly hit.

“However although difficult decisions lie ahead for many clubs, the safety of all concerned has and always will be the main priority.”

Peterhead manager Jim McInally feels there is no point even trying to play games behind closed doors.

“If we were to play without fans, I would probably give this season a miss – for League One and Two anyway,” he told the BBC’s Scottish Football Podcast.

“It’s not proper football. It’s a closed-door friendly. Watching the Bundesliga last week, because there wasn’t a crowd there, the players weren’t under any pressure to pass the ball forward.

“It doesn’t appeal to me. Football without fans is just pretty senseless to me.”