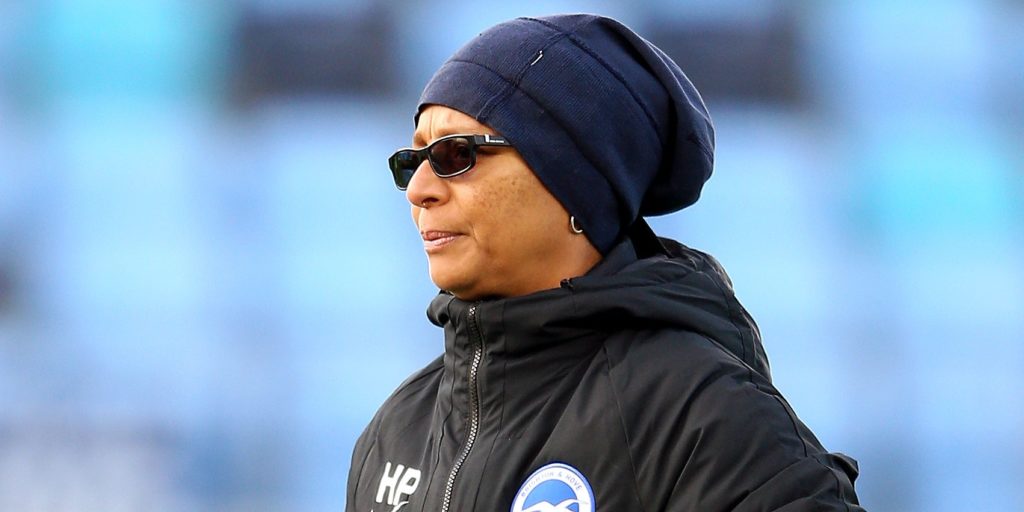 The women’s season is close to being cancelled.

Brighton Women boss Hope Powell wants the Women’s Super League decided by points-per-game with relegation off the table if it cannot be finished.

The Football Association is continuing to discuss the termination of the WSL and Women’s Championship seasons with clubs.

Both leagues have been suspended since March due to the coronavirus pandemic and the FA says there will be “significant challenges” in restarting.

They will continue talks on how best to end the campaign and settle the final league standings on sporting merit, with former England boss Powell keen on a points-per-game resolution.

It would hand Chelsea the title as they have played a game less than leaders Manchester City and sit a point behind.

“For me personally, (the preferred outcome is) points-per-game with no relegation,” said Powell, with Brighton ninth in the WSL.

“It would be hugely unfair to relegate a team when the season hasn’t been able to be played out through nobody’s fault. The most important thing, for me personally, is not to relegate.

“The logical step would be no relegation and perhaps promote one from the Championship. I think it’s really important that there is an outcome, certainly for Champions League places.

“As it stands it’s Chelsea (winning the league) but the most important thing for me personally is not to relegate.”