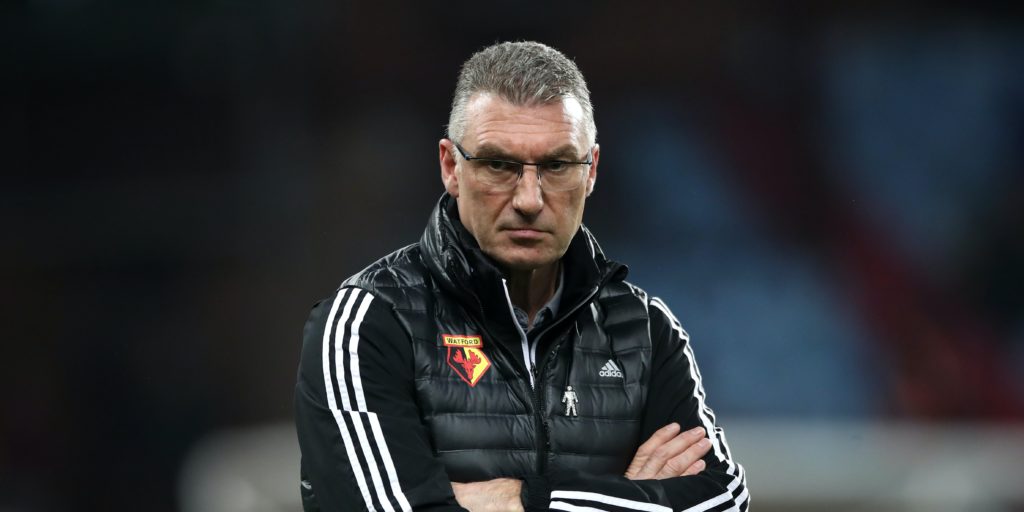 The Hornets already had three people – Adrian Mariappa and two staff – receive a positive result in the Premier League’s first round of testing.

Watford manager Nigel Pearson has revealed two more of his squad are in self-isolation after members of their family tested positive for coronavirus.

The Hornets already had three people – Adrian Mariappa and two staff – receive a positive result in the Premier League’s first round of testing and forced into isolation.

Two more are now staying away from the club’s training ground after people who they have had contact with have tested positive for the virus.

It is another blow for the club who also have several players, including captain Troy Deeney, staying away from training due to ongoing safety concerns.

“The testing situation is obviously to minimise risk, so for the players and staff who have been in this week statistically they should be a lot safer but it is still a surprise for those who have tested positive,” boss Pearson said.

“They’re all feeling OK, and likewise for their families as well. That is important for us to make sure that those people – their health is OK.

“In addition to that we’ve had a couple more people who have to be in isolation because they’ve been in close contact with people who have tested positive, even though their own result came back negative.

“I think that shows the types of complications that we’ve got. Today everybody has been tested again, we were tested on Friday morning, and we await further results over the weekend now.

“It is just something we have got to get used to. We are trying, as everybody will be, to establish what is now a more normal working practice in the circumstances that we have. That is what we have got to work with. But they’re OK.”

On how many of his squad have been absent this week, Pearson added: “One through testing positive, two more through being in contact with somebody else and the others because they decided not to come in.

“I don’t intend to give specific numbers, but we’ve had several players who have not been available for different reasons this week, but it is what it is.

“We can’t do much about that at the moment and hopefully that situation will change in time.”

Pearson, who has moved his vulnerable father out of his family home following his return to training, hopes his players will be back in good time ahead of a possible restart.

“We need to see what the results are from Friday’s tests are and hopefully we won’t get anymore and that will mean we can progress.

“I would like to think we will have the majority of our players back. That will be important for us.

“My focus is very much on us and continuing to create a positive environment for the players that are in. The ones who are currently not in have no problem with the football club.”

Pearson also revealed that if the situation of several players being forced into isolation occurs when the season is up and running then clubs would just have to suck it up.

“If we pick people up as they go along we just have to follow the protocols of being in isolation for a week,” he said. “I don’t think it will change the game programme, that is what I am led to believe.

“If people test positive during the training programme and the recommencement of the season, whether that be in the third week of June or July, I don’t know.

“We have to be prepared to still just prepare with who is available at that time. That is going to apply to everyone. It is a situation we have just got to deal with.”