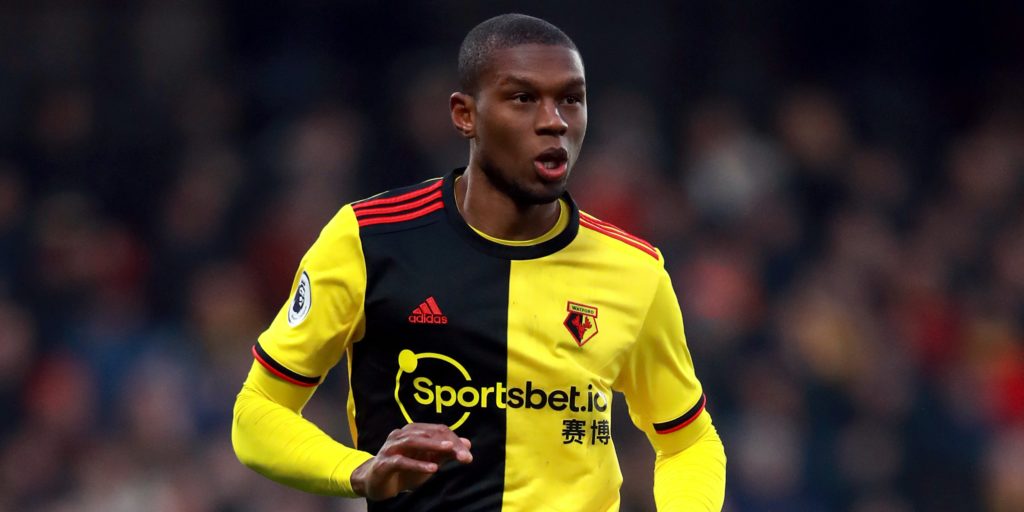 Watford defender Christian Kabasele believes the potential Premier League return date of June 12 would be “impossible” and that action should not resume until later that month.

‘Project Restart’ is well under way as the English top flight attempts to resume action amid the coronavirus pandemic.

Phase one of small group training, respecting social distancing began this week after being voted through by clubs after testing got under way.

Defender Adrian Mariappa and two members of Watford’s staff returning positive Covid-19 tests ahead of the resumption of training, which Kabasele says cannot be rushed due to the threat of injury.

“Nothing has been confirmed yet,” he said of the Premier League’s return. “Personally I follow the news through the media because nothing has been official for the moment.

“We (see) speak about June 12. I think it is impossible because it would be less than three weeks training after a long period without doing anything, it’s a risk for us.

“I’m not sure, I don’t have any information but I think we are not going to start June 12.

“The most obvious choice for me is the end of June. Like this you have at least four weeks to train with the team if it’s possible.

“We will see. For the moment it’s a big question mark on this.”

Kabasele underlined the need for “proper preparation” on the Counter Attack podcast, where he was asked about Troy Deeney’s stance on the coronavirus.

The Hornets skipper said he will not return to training, citing concerns over his five-month-old son who has breathing difficulties, and over the Office of National Statistics data which shows black people and those from other ethnic minorities suffer disproportionately from Covid-19.

“The club has been very clear, really clear with that – every individual player is making his own choice,” Kabasele said.

“They are not putting pressure on us to say ‘you have to be back’. It’s about the player, the player’s feelings and every personal situation.

“For the moment, they came to us with phase one and personally I was quite happy with what they present to us, so we will see what they are planning for phase two and phase three.

“If it was starting tomorrow training 11 v 11 with contact, with everybody at the training ground, I would not go that’s for sure.

“But with phase one, personally I think everything is put in place and they have tried to make the training ground as safe as possible.”