Daniel Stendel hopes for second chance in Premiership with Hearts 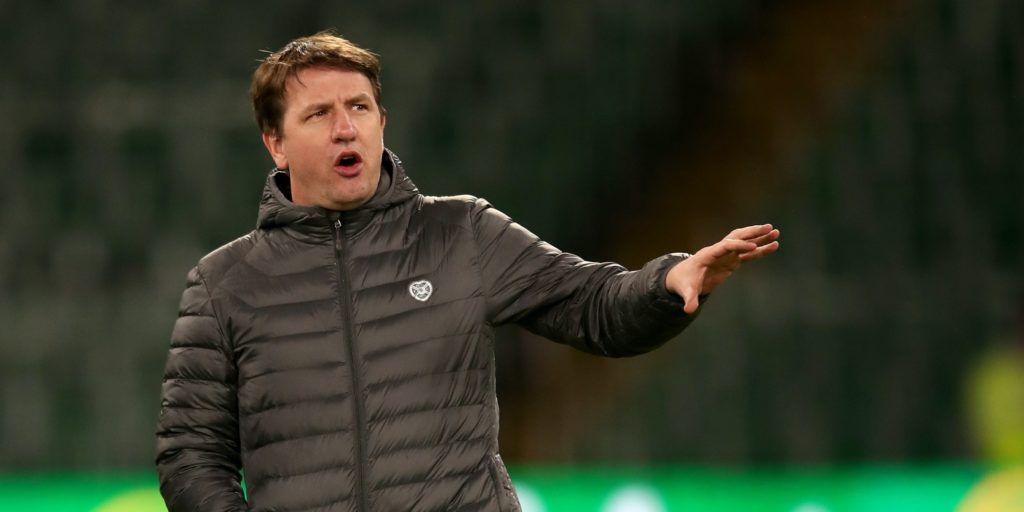 Club owner Ann Budge hopes to find an agreement on a revamp of the Scottish league that would prevent Hearts being relegated.

Daniel Stendel is convinced he can do a better job if Hearts secure a relegation reprieve and he gets a second chance in the Scottish Premiership.

The German manager’s future remains in the balance while club owner Ann Budge bids to find agreement on a revamp of the Scottish league that would prevent Hearts being relegated.

Stendel arrived in Edinburgh in December but only managed two wins from 14 league games to leave his side four points adrift when football was suspended on March 13.

Hearts were relegated on Monday when it was decided the top flight could not be completed and Stendel’s contract includes a relegation clause which could see him depart.

The former Barnsley manager, who has spent the lockdown period in Germany, told Hearts TV: “In the end, it was only a short time that I could work for Hearts but it was a special time. I like this club, I like the people, I like the supporters. It’s a great experience for me.

“I am a little bit unhappy about our situation but I am convinced we can do it better. I hope we have a chance to play in the Premiership next year.

“At the moment I have no contract in the Championship but we will speak with Ann in the next few days and I can see my path for the situation.

“This is not what I expected when I came to Hearts. I wanted to get the club back to a normal position but the task is not over.

“I hope we can find a solution with the league, with Ann, with me, that we can do it again.”

Budge is expected to unveil her reconstruction proposals on Monday but the situation across the league has shifted dramatically since some Premiership clubs appeared to scupper the prospect two weeks ago.

With the financial constraints of behind-closed-doors games and constant Covid-19 testing, the bottom two divisions look increasingly unlikely to start in 2020 and there are major doubts over the Championship.

Stendel insists Budge is seeking a solution that will have wider benefits.

“I have had a lot of calls with Ann in the last (few) weeks and I see the situation is not so easy,” he said.

“I hoped we could finish the league but the coronavirus stopped it and then I thought ‘OK we are bottom, it’s not the best situation, it’s our fault, but the season is 38 games and we have played 30’. And I thought we cannot be relegated when we have eight games left.

“It wouldn’t be easy but we had a good chance. After the split you have the chance to play against every team in the bottom six, and it’s a big chance to change the situation.

“Monday’s decision was a big blow but I hope we have a small chance.

“I don’t know much about the Championship but there is a chance to restructure the league because 12 teams is not too much. It’s a good chance to try it and a good solution. After one year you can see whether it was the right thing or not.”