On this day in 2002: Roy Keane sent home from Ireland’s World Cup squad 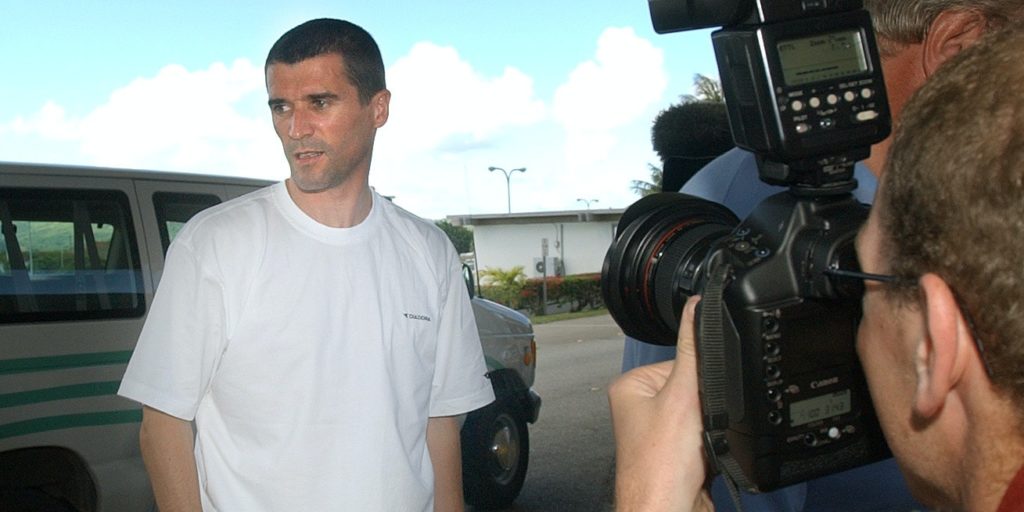 Keane criticised the Football Association of Ireland and the team’s World Cup preparations in an astonishing interview.

Roy Keane was a proven leader with a history of success and easily the Republic of Ireland’s biggest star heading into a World Cup he would not play a match in after the most remarkable of bust-ups.

On this day in 2002, shockwaves were sent around the footballing world as the combustible captain’s blistering public criticism of preparations led manager Mick McCarthy to act.

A whirlwind 24 hours started when Keane asked to be left out of the squad for personal reasons, with Colin Healy drafted in before the Manchester United midfielder had a change of heart overnight.

It did not stop there as Keane criticised the Football Association of Ireland and the team’s World Cup preparations in an astonishing interview, fuming at the 17-hour flight to Saipan and training conditions on the Pacific island.

“It’s different if we came here to a top training facility,” he told the Irish Times. “The hotel is fine, but we’ve come here to work. You wonder why players get injured? Well, playing on a surface like that.

“I can’t imagine any other country, countries in the world who are far worse off than us, playing on something like that. I don’t think it’s too much to ask, just for a pitch that’s even watered. It’s so dangerous. It’s rock hard.

“One or two of the lads have picked up injuries. I’m amazed there hasn’t been more but give it time. But you know, we’re the Irish team, it’s a laugh and a joke. We shouldn’t expect too much.”

The substandard training facilities were “the tip of the iceberg” for a player who announced he would retire from international football at the end of the tournament – a decision that would be taken out of his hands.

McCarthy brought players together in an evening meeting to air any grievances, but said it turned into “a slanging match” with the midfielder.

“I have made the right decision not only for the benefit of me but the squad as well,” the Irish boss said. “We will move on and be all right because collectively we are strong.

“He is one of the best players in the world but he is a disruptive influence.”

McCarthy felt he had no alternative but to send the country’s most high profile player home, saying he could not tolerate the level of abuse being directed at him.

The bombshell story threatened to derail their World Cup and even saw Irish Prime Minister Bertie Ahern launch a bid to resolve the row, but that was not enough to change things.

The damage was done and Keane headed back to Manchester from Saipan.

“I feel great and have a clear conscience,” the Cork-born midfielder said ahead of boarding a flight to England.

“I have no regrets. There are more important things to worry about.”

Ireland went onto draw with eventual finalists Germany and finish second in their group, before bowing out to Spain in an excruciating last-16 penalty shootout defeat.

Keane would make a brief return to the national set-up after McCarthy’s exit and later served as assistant manager to Martin O’Neill.