Home News Picture of the Day – May 23 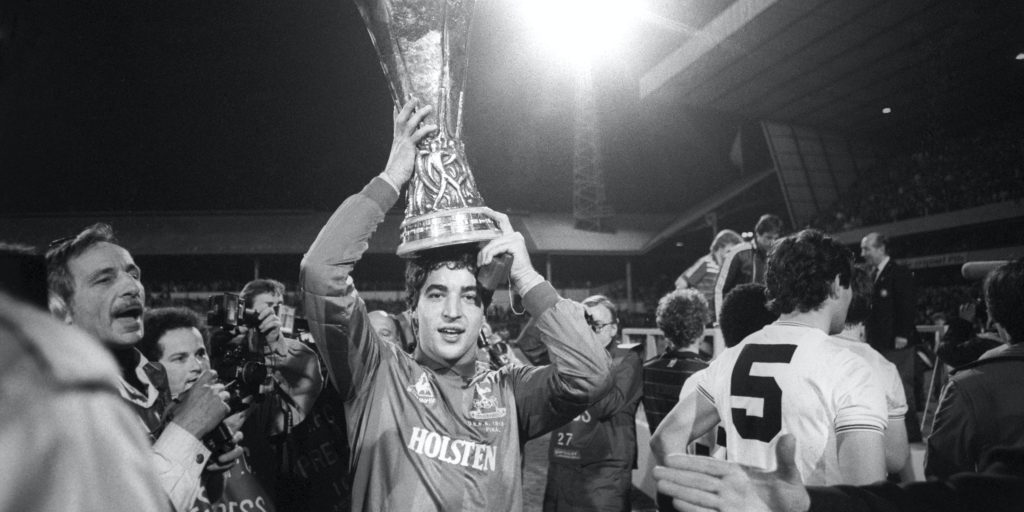 Parkes will be forever remembered at Tottenham.

Parks had saved the opening penalty of the shoot-out from Denmark captain Morton Olsen and Spurs were 4-3 up after success from the spot for Graham Roberts, Mark Falco, Gary Stevens and Steve Archibald, only to see Danny Thomas denied.

That left it in hands of Parks, who saved a poor penalty from Arnor Gudjohnson – father of Eidur – to win it for Spurs.

The night was unquestionably the high point of Parks’ young career.

Having come through the ranks with Tottenham, the Hackney-born keeper spent seven seasons as a senior with the club but never established himself as a regular ahead of Ray Clementine, and was limited to 49 appearances in between loan spells with Oxford and Gillingham.

After leaving in 1988, Parks became something of a journeyman, having spells with 12 different clubs. He made 91 appearances for Brentford between 1988 and 1991, and more than 100 for Falkirk between 1992 and 1996 along the way, but was otherwise kept on back-up duties.

He finished his playing career at Halifax, where he was also caretaker-manager twice at the start of a coaching career which would see him work at several different clubs, including a return to Tottenham as well as a spell working with England’s youth teams.

He left Watford in the summer of 2018 to set up his own private coaching company.