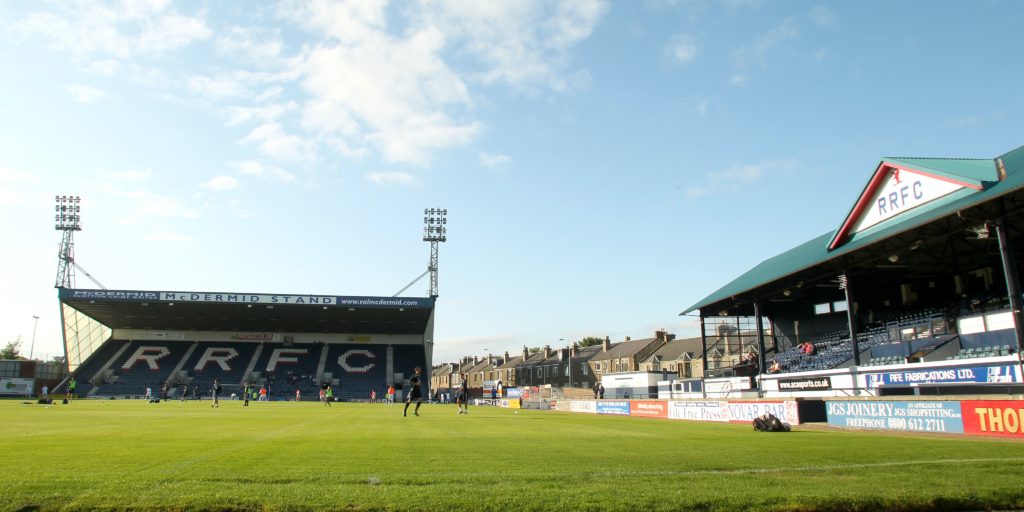 The club had placed all players on furlough in March.

Raith Rovers have chosen to re-sign all out-of-contract players until the end of July.

The Scottish League One champions had placed all players on furlough in March and the extensions, which cover most of their squad, will allow players to keep receiving 80 per cent of their wages from the Government’s Coronavirus Job Retention Scheme.

A Rovers statement read: “The club can confirm that all players whose contracts expire between the end of May and middle of June 2020 will have their contracts extended to 31st July 2020.

“This will give all our players who contributed to our successful Ladbrokes SPFL League One campaign last season the security of employment over the next two months.

“There is little prospect of football being played in the Ladbrokes SPFL Championship before August 2020. No decisions have yet been made about re-signing any of our players, but this will be done when things become clearer.”

Raith have followed other clubs in doing the same but some have decided to release players immediately when their contracts run out, which usually happens on May 31 or June 9 in Scotland.

Ross County chairman Roy MacGregor last week claimed it was “dishonest” to hand out new deals simply to use the furlough scheme and ruled out his club doing it on the grounds of advice from lawyers and the tax authority.

But one of those players County released, Richard Foster, claims the actions of Raith and others show that was an “excuse”.

Foster told PLZ Soccer: “No-one knows what’s going to happen over the next couple of months but one thing that’s almost certain is that no teams are going to be signing new players.

“So all those who are out of contract who have had the chance at current clubs to be furloughed then lose that chance. You are left in limbo.

“The perception of footballers is we all earn enough money and we’re millionaires and we’re set for life but that’s certainly not the case in Scotland for the most part, outwith Rangers and Celtic.

“For the rest of us in Scotland who don’t earn big money, we have food to put on the table, families to look after, mortgages to pay.

“The clubs have an avenue to ease the suffering of a lot of these players by furloughing them for a couple of extra months, which is well within the guidelines that the Government has set out, and it just seems that they are choosing not to do it.

“There have been teams that are doing it, Ayr, Berwick, Dundee, Falkirk, Raith Rovers, and I’m hearing that St Mirren are doing the same. So the excuses that the other clubs are using are exactly that – excuses. It can be done and it should be done.”