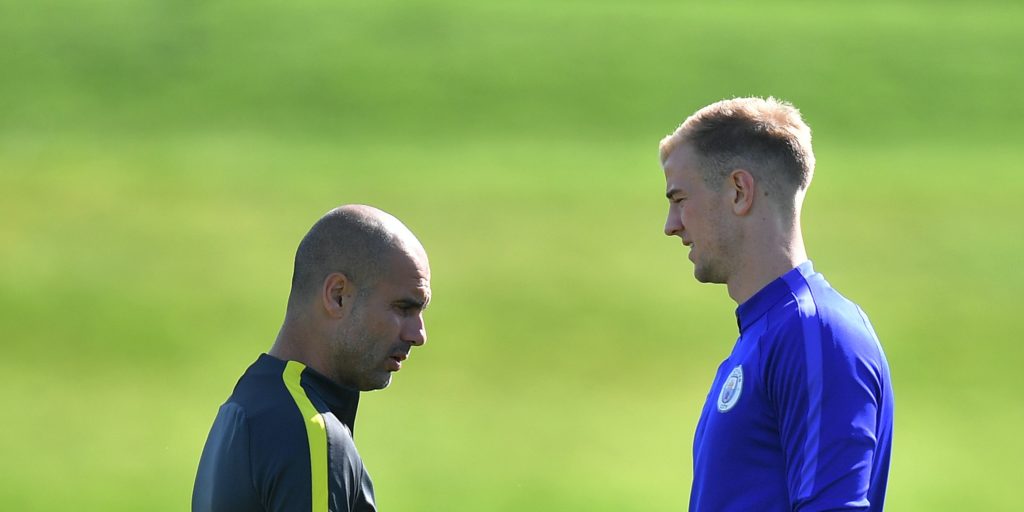 The goalkeeper lost his place at City to Claudio Bravo.

Joe Hart has talked about the impact not feeling wanted by Manchester City boss Pep Guardiola had on his mental health.

The former England goalkeeper, 33, fell out of favour under the Spanish coach in 2016. Guardiola favoured Claudio Bravo over him primarily because he felt his ball-playing skills were stronger to build from the back.

Hart, who is now at Burnley, made the admission in a conversation with the Duke of Cambridge in a programme called ‘Football, Prince William and our Mental Health’ which airs on BBC One on Thursday evening.

Asked by the Prince what had been the biggest whack he had endured in his career, Hart said: “It will sound pathetic but it’s the truth, it’s not playing and not being wanted.

“Things happened with the new manager at Manchester City, probably the most important manager in the world.

“He didn’t even necessarily not like me, he just had a certain aspect which he didn’t feel I was up to, and it kind of dropped from there.”

Hart admits his current struggles to break into the first team at Turf Moor is also tough, but says he is treating it as a “challenge”.

“It’s certainly the lowest point of my footballing career but it’s not a dark cloud,” he said.

“At the moment I’m not being picked, simple as that. You know, at school, not being picked…and that’s hard. I feel like right now could be a real dark time for me, but it’s not, I see it as a challenge.”

The Prince, who is president of the Football Association, is heavily involved in the organisation’s ‘Heads Up’ campaign which works to promote around mental health awareness.