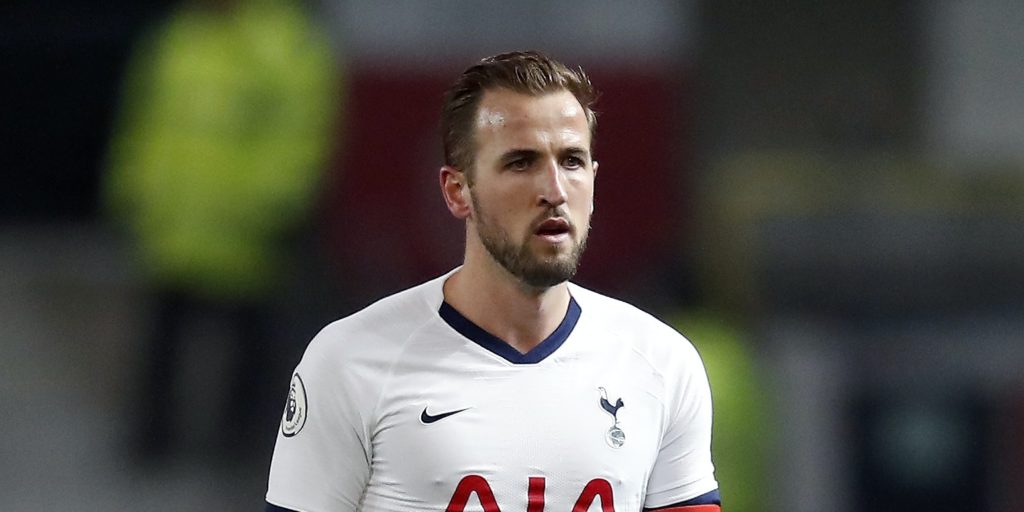 Harry Kane thinks Tottenham will have to win eight of their remaining nine Premier League games if they are to get in the Champions League next season.

Spurs’ top-four hopes were in tatters before the season shut down because of the coronavirus pandemic, but the three-month hiatus has given them the chance to resurrect their chances.

Kane, Son Heung-min, Steven Bergwijn – who were all due to miss most of the rest of the season – and Moussa Sissoko are now fully fit for the proposed restart on June 17.

They are still up against it, sitting seven points off fourth-placed Chelsea, but have key games against Manchester United, Sheffield United, Arsenal and Leicester, while they will hope that Manchester City’s appeal against their European ban is rejected.

And fit-again Kane says Spurs can look after their own business by winning the majority of their games.

“We have got to finish in the top four, there is no doubt about that,” he said. “We have got a massive game against Man United in the first game and realistically we are going to have to win seven or eight to get into the Champions League.

“That has got to be our aim. Of course we want to win every game but we have got to make sure we finish strong if we want to be playing Champions League football next season.”

Kane’s fitness will be key as he has fully recovered from the hamstring injury he suffered on New Year’s Day at Southampton.

The enforced break has allowed him to be able to take his recovery slowly, without the pressure of missing out on games – and the England captain says that will benefit him.

“From the hamstring point of view it is great to be able to give it a bit more rest,” he added. “I have not played a game for six months now, it has been a long, long time.

“From an injury point of view I’m normal, I’m fully fit. It will take a while to get back to the team training and feeling that again because I haven’t done that for six months or so.

“I am feeling good, I am feeling sharp. It has been good to do some individual training, a bit of finishing, a lot of individual drills to work on my game and improve.

“I am at a stage where I am looking forward to getting some games and hopefully I’ll be back playing before too long.

“It is a good shock to the system. It has been very intense.

“I have picked up a few injuries here and there, sometimes people think injuries (means it) is the time to rest but it is almost when you’re injured you work harder than before you were injured.

“It is the first time that I have been able to take my time, refocus and work on some individual stuff. I have really enjoyed it.

“Hopefully I’ll be back in a better place before I was injured and look forward to a busy next year.”

Fellow striker Troy Parrott is expected to miss the proposed Premier League restart after having his appendix removed.

The teenager, who has made four appearances this term, was suffering from appendicitis and was sent for surgery by the club’s medical staff.

He will now undergo a period of rehabilitation before returning to training later in June.

A Spurs statement read: “Troy Parrott has undergone surgery to remove his appendix.

“The young striker was found to have early signs of appendicitis after reporting abdominal pain to our medical staff. He will now undergo a period of recovery before commencing rehabilitation and returning to training later in June.”