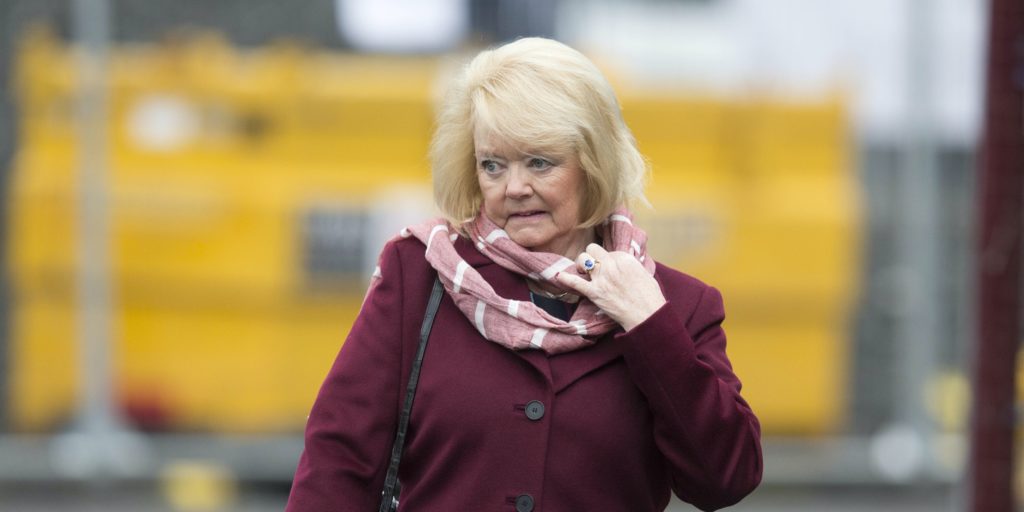 SPFL chief executive Neil Doncaster said he was happy to talk to the potential investors.

Hearts owner Ann Budge has accused the Scottish Professional Football League of lacking leadership as she claimed she had been left to deal with a funding offer for struggling clubs as well as reconstruction plans.

Budge is frustrated that she was told to produce a paper after informing the SPFL hierarchy of an offer from “philanthropists”.

The businesswoman also stressed she did not want to be leading efforts to sort out a new structure to help steer the league through the pandemic while she tries to save her club from relegation.

She told BBC Radio Scotland’s Sportsound: “I have taken to the SPFL an opportunity for an amazing philanthropic gesture from some people I know to help lower-division clubs cope with the challenges that they are going to be confronted with.

“Now I am being asked to ‘put it down in writing and tell us exactly what’s on offer’. It’s a nonsense. It’s not quick enough, it’s not decisive enough.

“They are philanthropists, they are people who can see what’s happening. What they are saying is they would like to help Scottish football and I can’t even get that moving.

Doncaster said: “I am delighted to have heard Ann’s comment on the radio this afternoon that there are, in fact, no conditions attached to this money.

“I had been under the impression that Ann was going to continue talking to the potential investors, but if it is now appropriate for me to talk to them directly, I am very happy to do so.

“Clearly, any income for our game, especially at such a difficult time, is something we would all welcome. I will be speaking again to Ann over the weekend and hope to be in a position to update our divisional meetings this week.”

Budge is also frustrated that she has been left to revive reconstruction plans amid uncertainty over how many clubs will be able to afford playing behind closed doors and carrying out regular Covid-19 tests.

After saying she had written to the SPFL about her concerns on March 15, two days after the league was suspended with Hearts bottom of the Premiership, Budge said: “What I got back was a letter that basically said, ‘yes, if you would like to do all the work and tell us what articles and rules need changed, we will look at it’.

“That is not what I expect from the governing body. I expect them to take more leadership.

“I should not be the one who’s trying to come up with some solution, because of course people are going to say ‘she’s only interested because it’s Hearts’. Well I’m not, I am interested because I and many others can see a tsunami coming towards us. Certain clubs cannot play behind closed doors. Other clubs don’t want to for business reasons.

“Everybody knows we have got to make a change. So let’s make a change proactively rather than waiting for clubs getting into difficulty and then say we have to do something about it. It’s a nonsense.”