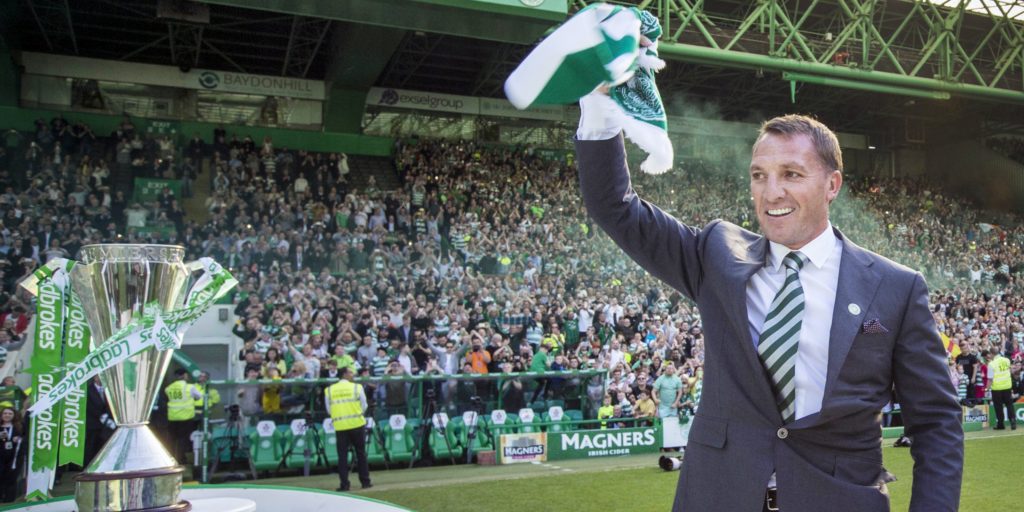 Leicester boss has been shunned by some after succumbing to the lure of Leicester.

Brendan Rodgers claims he has been shunned by some family members because he walked out on Celtic.

The Northern Irishman went from hero to villain in the eyes of many Celtic fans when he left Glasgow for Leicester in February last year.

And the 47-year-old has revealed some in that number include his own relatives.

Speaking to the Beautiful Game Podcast, Rodgers said: “I had family who were just distraught I left Celtic, just couldn’t believe it.

“I have relations that haven’t spoken to me since the day I left Celtic.

“Because it meant so much to them. And if you carry on like that too much, you’ll never do anything.

“But I had some unforgettable memories at Celtic that will live with me for a lifetime, that I still think about now and I then came into my next experience.

“I left school with nothing. No qualifications, no nothing. My life has been based on experiences, hence the reason why I look for the experiences. And this, I felt, from a sporting perspective was going to be the next good experience.”

Celtic went on to clinch a third consecutive domestic treble under Neil Lennon in the months after Rodgers left and he insists he would not have left at that stage if they were not in such a good position.

“It is so difficult because, one, the people,” said the Leicester manager, whose team sit third in the soon-to-resume Premier League. “From when we went into the club and then, it was a different club. The connection between the supporters and the team was really strong. We were in an incredible period.

“I was only the third manager in the history of the club to complete the treble. We were able to do it as an invincible treble and then we did it again. And then people said you could have stayed and done a third one, then done a fourth one.

“I felt at the time I left Celtic, the team was eight points clear. And when you think of all the seasons up until that point, Celtic had always won the league by double figures. My previous season we won by 30 points.

“We had won the League Cup, eight points clear, and the team is in a good position in the Scottish Cup as well. If it was one point, I couldn’t leave.

“But when I spoke with my staff and took the ultimate decision, I felt the team was in a good place, there’s a mentality now within the team and you feel, not just with hindsight, the club could continue – go and win the treble again.

“And then I can come into Leicester and look at the team under pressure for 10 games and see how the players are – and build something in the summer.