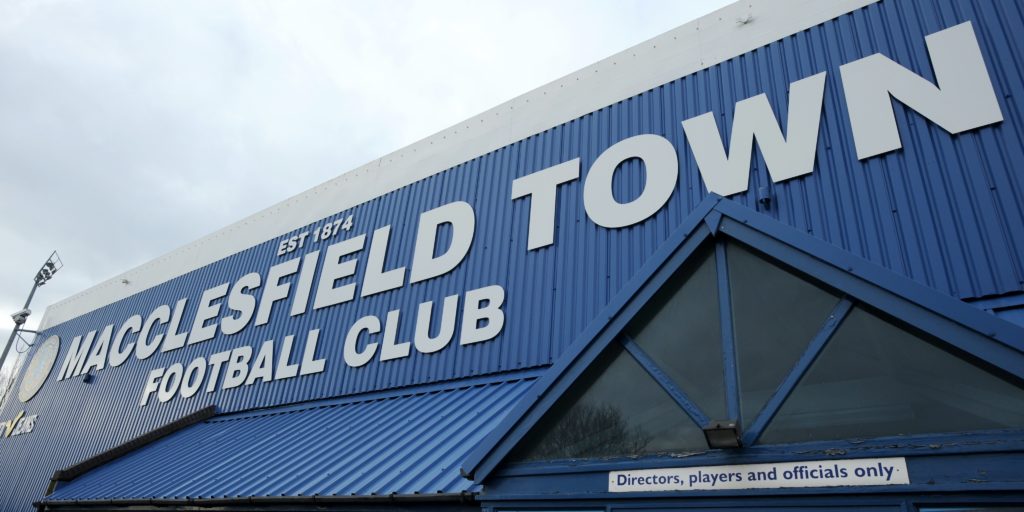 The Sky Bet League Two club have already been deducted a total of 11 points this season.

Macclesfield have been hit with fresh charges over late payment of wages which could put their English Football League status under serious threat.

The Sky Bet League Two club have already been deducted a total of 11 points this season for offences including late payments to players and sit just three points from the bottom of the table.

An EFL statement read: “Macclesfield Town has been issued with further misconduct charges for alleged breaches of EFL Regulations and will “be referred to an Independent Disciplinary Commission.

“The club has been charged with failing to pay a number of players on the applicable payment dates due in March 2020, whilst also failing to act with utmost good faith in respect of matters with the EFL and for breaching an order, requirement, direction or instruction of the league.”

The club declared they were “deeply surprised” by the charges as the arbitration panel at their last hearing had stated it would require “strong persuasion” to impose a further points deduction for any such breach.

The statement added: “Macclesfield Town will understandably be appealing these charges vehemently and will provide a further update in due course.”

The Silkmen’s previous punishment last month left them just three points above bottom club Stevenage – who have a game in hand – and also carried a suspended two-point deduction.

EFL clubs are set to vote on a framework to end the season after a meeting on June 8. Clubs in the fourth tier have indicated a wish to curtail the season but without relegation, but the league framework includes relegation to the National League.

Only one team would go down and a further deduction for Macclesfield could send them bottom on points-per-average.

The Cheshire club were first deducted a total four points for non-payment of players and for failing to fulfil a fixture against Crewe on December 7 after players refused to play in protest at the financial problems.

They then admitted two misconduct charges relating to an unfulfilled fixture against Plymouth on December 21 – after failing to get a safety certificate for their Moss Rose stadium – and for non-payment of players in February.

That drew an immediate four-point punishment with a three-match suspended deduction also triggered from the previous hearing.