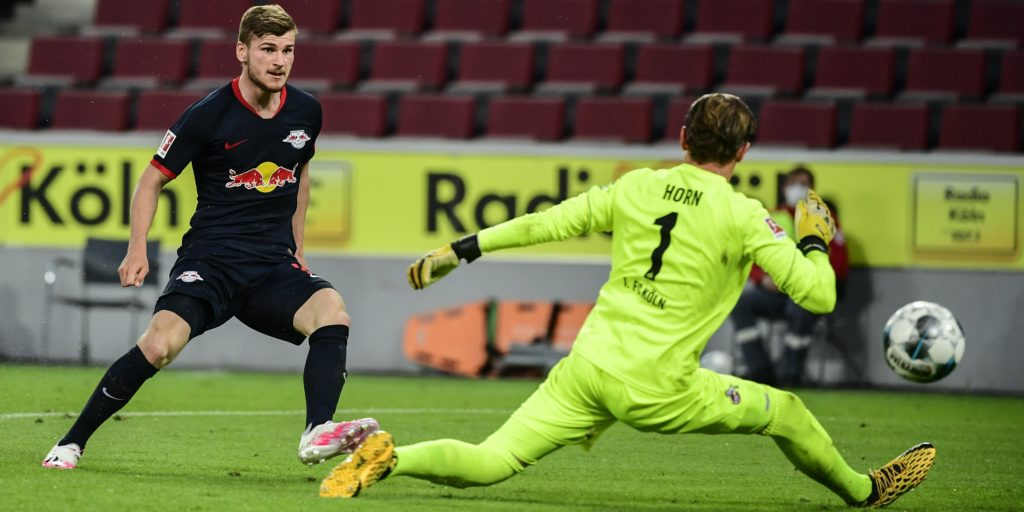 The striker’s 25-goal tally in the league is only bettered by Bayern striker Robert Lewandowski.

Timo Werner took his Bundesliga season tally to 25 as RB Leipzig moved back up to third place with a 4-2 away victory against Cologne.

Werner put the visitors 3-1 ahead five minutes after the break and the scoring was completed seven minutes later.

The home side were left completely exposed from their own attacking set-piece when goalkeeper Peter Gulasci caught a cross and launched a kick downfield for Werner to run on to, and the striker made no mistake.