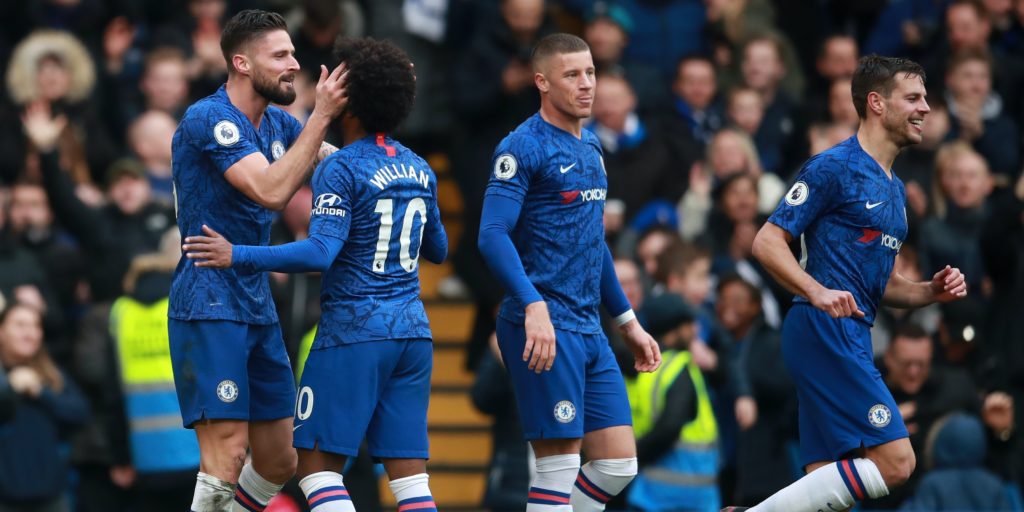 Giroud was due to be out of contract in the summer but has recently penned a one-year extension.

Chelsea striker Olivier Giroud admitted he “very nearly” left in January but now wants to carry on winning trophies with the club.

Giroud was due to be out of contract in the summer but has recently penned a one-year extension that will keep him at Stamford Bridge for the resumption of this season and the whole of next.

The France international would have left in January had Frank Lampard been able to find a replacement, with Tottenham interested in taking the former Arsenal striker across the capital.

That never materialised and he was subsequently given more game time, scoring a decisive goal against Spurs in the race for the top four.

“I was supposed to leave in the January transfer window because I wasn’t playing much and I needed more game time to make the France squad for Euro 2020,” Giroud told the club’s official website.

“I very nearly left the club but I really think that God wanted me to stay at Chelsea.

“The manager told me that he couldn’t let me leave because he didn’t have anyone to replace me. Everyone knows what happened so I won’t go back over it but the coach spoke to me privately and told me that he’d give more games.

“He kept his word and what then mattered to me was proving to him that he could count on me when I was called upon.

“I simply seized my opportunity and I repaid the faith that the manager had shown in me. That’s why the club ultimately offered me the chance to continue my time at Chelsea and I accepted immediately because I like it here.

“I want to keep winning trophies and I want to continue to show the manager that he can count on me.”

Giroud is back training with his Chelsea team-mates ahead of the proposed June 17 resumption of the Premier League, with clubs now in a restricted phase of contact training.

It is effectively a pre-season period, but players can only see physiotherapists for 15 minutes after training.

And at 33, Giroud has said he would like more after-care than that.

He added: “Something else that’s changed compared to usual pre-seasons is that we only get 15 minutes of treatment after training.

“Normally in pre-season, you’re very demanding with your muscles and use them a lot, especially when you haven’t been training for over two months.

“Muscles strain and creak but we respect the rules from the Government and the Premier League.

“I’ll admit that if I could have more care and treatment to look after my body, it would be better.”