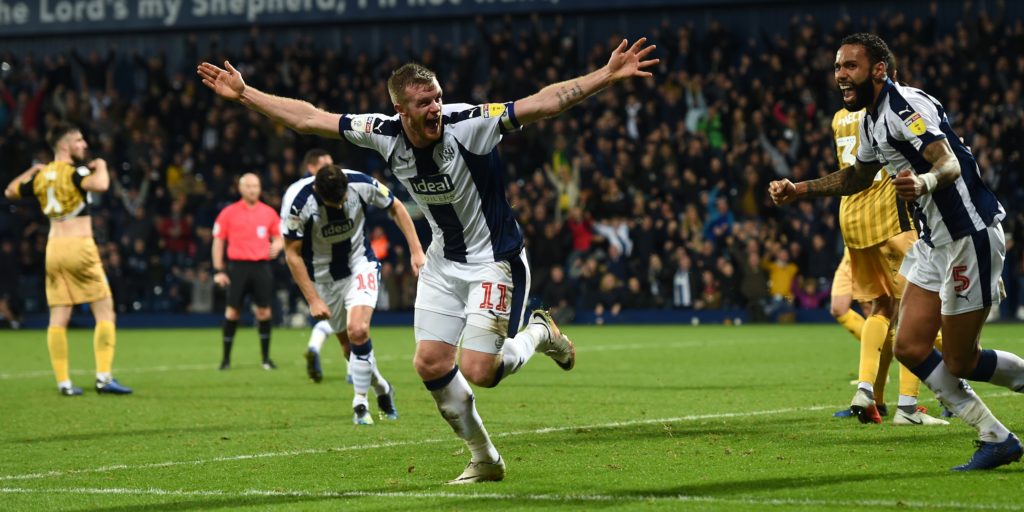 Chris Brunt will leave West Brom at the end of the season after 13 years at The Hawthorns.

The midfielder, who joined from Sheffield Wednesday in 2007, will not have his contract renewed.

He has been limited to nine appearances this term and held talks with Albion’s technical director Luke Dowling about his future this week.

“It has been the honour of my career to have played for this great football club for the last 13 years but today I must begin saying goodbye,” said Brunt, who is aiming to win a third promotion with the Baggie this season.

“Before I go any further, I should make it clear that my entire focus over the next few weeks will be on doing everything in my power to get us back to the Premier League, to where this club and its fans belong.

“Though it may not come as a massive surprise to many, I thought it best we clarify the situation now, before we begin playing the final nine games of the season. We cannot afford to have any distractions from our goal.”

Brunt is one of only 16 players to have made more than 400 games for the Baggies and holds the record of Premier League appearances, 269, for the club.

In total he has played 419 times for Albion, scoring 48 goals, and has also earned 65 caps for Northern Ireland.

Dowling added: “In one sense it was a difficult conversation to have with Chris because I knew we were saying goodbye to a genuine club legend.

“But it was also made easy by Chris’s professionalism and acceptance of the situation. In this day and age, to have stayed 13 years and logged more than 400 games, most of them at the highest level in the country, is astonishing.

“But football always moves on, Chris accepted that. He is disappointed not to have played more this season but he has not given up yet on making a contribution over these last nine games and has committed to finishing off the campaign doing everything he can to help us achieve our aims.”