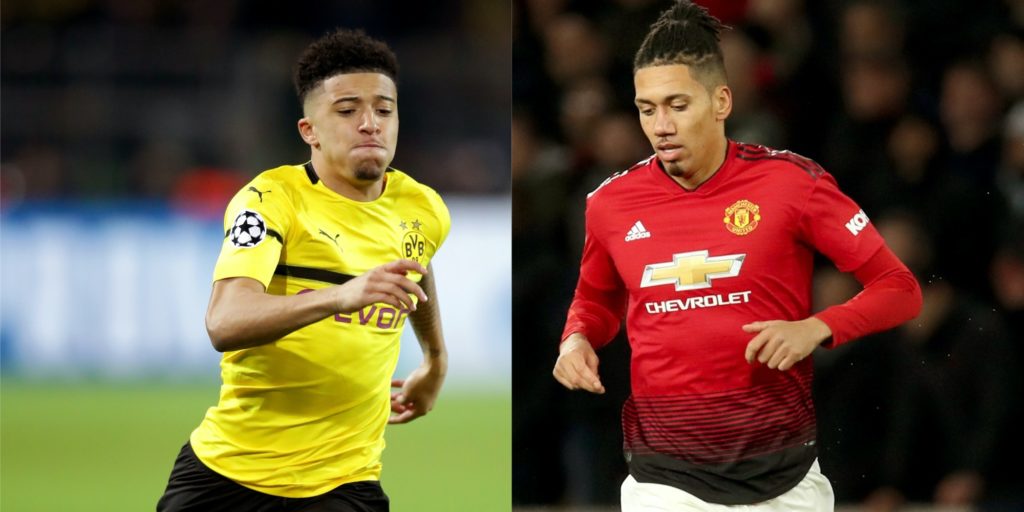 Real Madrid are in the race to sign Jadon Sancho, Spanish website AS reports. The hopes of several leading Premier League clubs of signing the England forward could be rocked by Zinedine Zidane’s desire to have Sancho on his right wing, after his 20 goals and 20 assists for Borussia Dortmund this season. Real are looking at a summer 2021 signing, with the club saying it is not planning to make any major signings this year.

Manchester United’s hopes of boosting their transfer kitty appear to have been sorely damaged by the effect on football finances of the coronavirus crisis, the Evening Standard reports. Ole Gunnar Solskjaer has been looking to secure permanent transfers for on-loan players including Chris Smalling (AS Roma) and Marcos Rojo (Estudiantes). But clubs around the world on now more keen on loan or swap deals after the impact of Covid-19, meaning Solskjaer may be forced to instead extend the loans of Smalling and Rojo. Alexis Sanchez, on loan at Inter Milan, would also be sold off under Solskjaer’s planning, but few clubs would seem eager to match his dizzying salary requests.

Football finances also appear to have sealed the end of Ryan Fraser‘s time at Bournemouth, website TheAthletic reports. Fraser will become one of the game’s hottest commodities – a free agent – in the summer. The 26-year-old winger has signalled his intention to leave the Cherries, but the question is to where? Arsenal and Tottenham had been linked to the Scottish international, but ,with their interest waning, Newcastle, Watford and Crystal Palace are the front-runners.

Neymar might still have his wish to return to Barcelona, but only if some major money issues are sorted out, Spanish website Sport reports. Paris St-Germain want GBP 156million in cash for the 28-year-old. Barca have indicated that, like many clubs, their finances are tight, and they may want to instead work out a swap deal.

Everton are keen to tie down veteran defender Leighton Baines, whose contract expires in the summer, the Daily Mirror reports. Baines’ best years might be behind him at 35, but Carlo Ancelotti wants to keep his experience at the club with a one-year contract. Ancelotti is also a fan of Baines’ versatility as he looks to trim his squad.

Pierre-Emerick Aubameyang: Arsenal will hang onto the 30-year-old until the end of his current contract next year unless they are offered more than GBP 20million for him this summer, The Sun reports.

Orkun Kokcu: Feyenoord’s 19-year-old Turkish midfielder could be a target for Arsenal, the Daily Star reports.