Tottenham take out £175million loan from the Bank of England 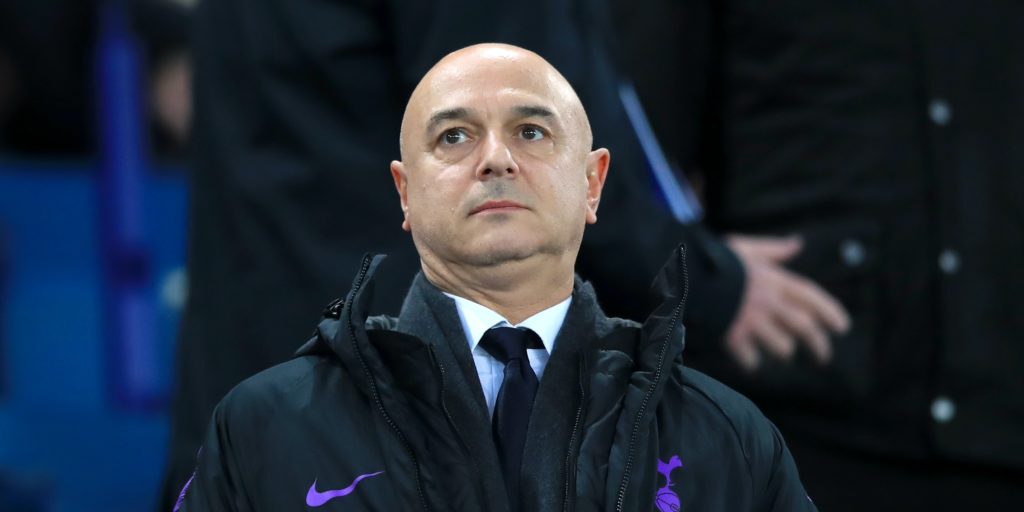 Tottenham chairman Daniel Levy has urged the authorities to find a “safe way” to bring supporters back into stadiums after his club took out a GBP 175million loan from the Bank of England to help them survive the coronavirus crisis.

Spurs are estimating they could lose more than GBP 200m in revenue because of the pandemic, which will see them resume matches behind closed doors while a host of other events at their new stadium set for 2020 have been cancelled.

They are eligible for a Covid Corporate Financing Facility (CCFF), a Government scheme set up for companies that have a “strong investment grade rating and make material contribution to the British economy”.

At the start of the pandemic Levy warned there would be severe financial challenges ahead, but his words were lost in the fall-out of his decision to furlough some non-playing staff and impose pay cuts on others – one he eventually overturned.

But with spectators banned from sporting and other entertainment events for the foreseeable future, the club have a big hole in their revenue.

Levy told the club’s official website: “We have always run this club on a self-sustaining commercial basis.

“I said as early as 18 March that, in all my 20 years at the club, there have been many hurdles along the way but none of this magnitude – the Covid-19 pandemic has shown itself to be the most serious of them all.

“It is imperative that we now all work together – scientists, technologists, the Government and the live events sector – to find a safe way to bring spectators back to sport and entertainment venues.

“Collectively we have the ability to support the development of new technologies to make this possible and to once again experience the passion of fans at live events.”

Five of Spurs’ remaining Premier League games are due to be played at the Tottenham Hotspur Stadium – including stand-out fixtures against Manchester United and Arsenal – but they will miss out on a huge chunk of income due to them taking place behind closed doors.

The stadium also had a full itinerary for non-Spurs events for the remainder of 2020, but they have all been wiped out.

Guns N’ Roses, Lady Gaga and the Capital Summertime Ball concerts were all due to be held in north London along with Anthony Joshua’s world title fight with Kubrat Pulev.

A Rugby League Ashes test in November and two NFL games in the autumn were also in the calendar but will no longer take place.

Spurs also have to pay a rebate to broadcasters.