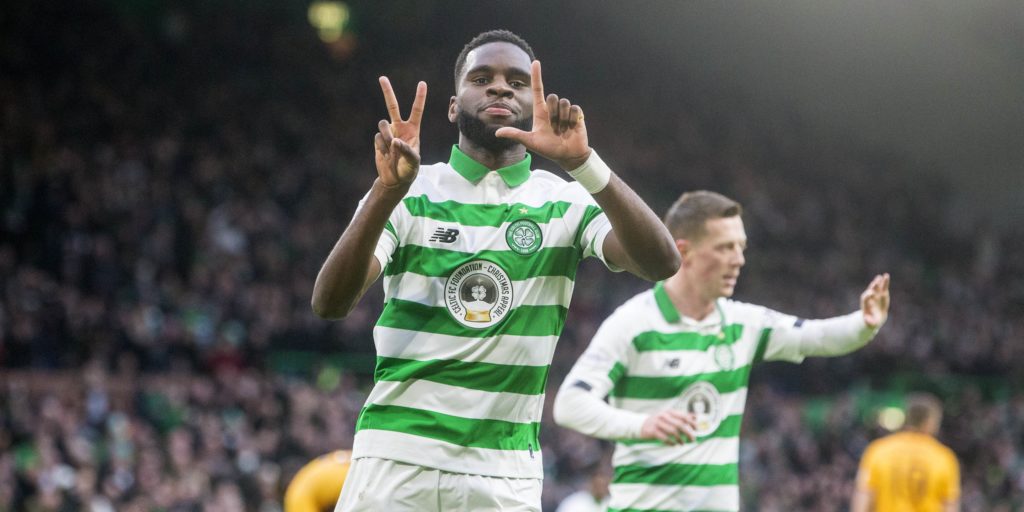 Edouard had scored 23 goals before the Premiership season was cancelled.

Odsonne Edouard was frustrated to miss out on the chance to hit his 30-goal target and celebrate nine-in-a-row with his Celtic team-mates and fans.

But the French striker insists the right decision was made to crown Celtic champions again.

Edouard scored 23 goals in 27 Premiership matches to help his side to a 13-point lead over Rangers before the Scottish season was suspended and ultimately terminated because of the coronavirus pandemic.

The 22-year-old had scored 28 goals in all competitions and was confident of adding to that number in the final two months of the campaign.

Quoted on Celtic’s official website, Edouard said: “On a personal level, I was frustrated that we didn’t get to finish the league on the pitch. I think every one of the players is the same.

“I don’t normally share my personal targets, but this season it was 30 goals minimum, especially the longer time went on. I’m sure if the league had continued as normal I could have scored 30 goals.

“But, the most important thing is the title. Celtic winning the title, to win nine in-a-row, which we did – that’s good for me.

“I’m absolutely delighted to win nine in-a-row. It’s been a great season for the team and for me, so I’m very happy. Without question, this team deserves to be champions. It’s a good decision and the right decision.

“We’re living in strange times at the moment, it’s a strange life. The most important thing is the security and safety of all of the players, all of the fans, their families, so to call the league in the way it was called was a good decision. But, given how we played on the pitch, we absolutely deserve to be champions.”

Celtic and their Premiership rivals have been given permission to resume training from June 11 with a view to a potential August 1 season kick-off and Edouard is eager for the enforced absence to end.

“The most important thing to me, personally, is to get the chance to celebrate the title with the fans and my team-mates,” he said.