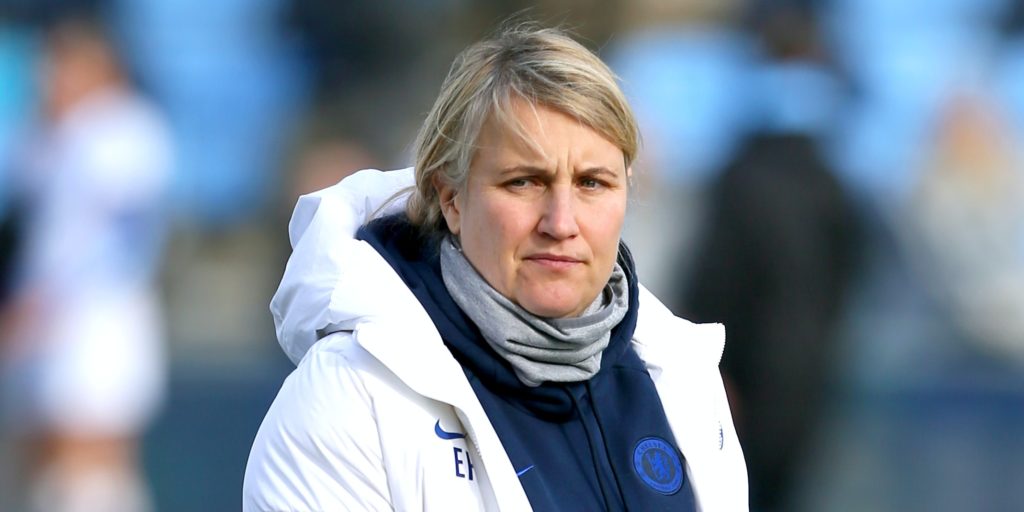 Chelsea were awarded the title after the WSL season was ended on Friday and Hayes feels the league will come back “bigger, stronger and better”.

The Blues were awarded the title on Friday after the season was ended using a points-per-game system.

Chelsea finished with 2.6 points compared to Manchester City’s 2.5 having played a game less and were sitting second when the campaign was halted by coronavirus in March.

The women’s game is looking to move on after the premature end but while next season is almost certain to start behind-closed-doors, Hayes believes the unique situation could give clubs a better platform.

“With it comes new opportunities. We’ll roll with the new normals and I’m excited for what that might bring,” she said, with the WSL aiming to return over the weekend of September 5 and 6.

“It might bring more broadcast opportunities which, for our game, is another step.

“The next one is a constant layering of building on what we’ve done. I feel really optimistic and excited for the future.

“Just because it didn’t resume doesn’t mean we’re under threat or at risk. I trust in the people running the league and I believe we’ll come back bigger, stronger and better from this.

“We’re all walking into the unknown. As long as the collective will and wisdom and knowledge is there we can work towards the right solution to bring the game back.

“We need five weeks now to iron out the details around that. I’m pleased, as are all the clubs, a date has been announced. We have a date to work towards to.”

Chelsea’s title win was Hayes’ seventh trophy in eight years at the club and she knows if the club wants back-to-back crowns next year they will have to make history.

“We had some really big highs across the league this year, selling out massive stadiums to closely-fought games,” she said.

“This has been the hardest time to win, that’s a real credit to the teams involved and the FA. The standards are improving all the time and as a result the brand is improving.

“We never have won (successive titles), I’ve got to reverse that trend. It’s extremely difficult – to win back-to-back titles in anything. I won’t take it for granted because I know what’s coming.”