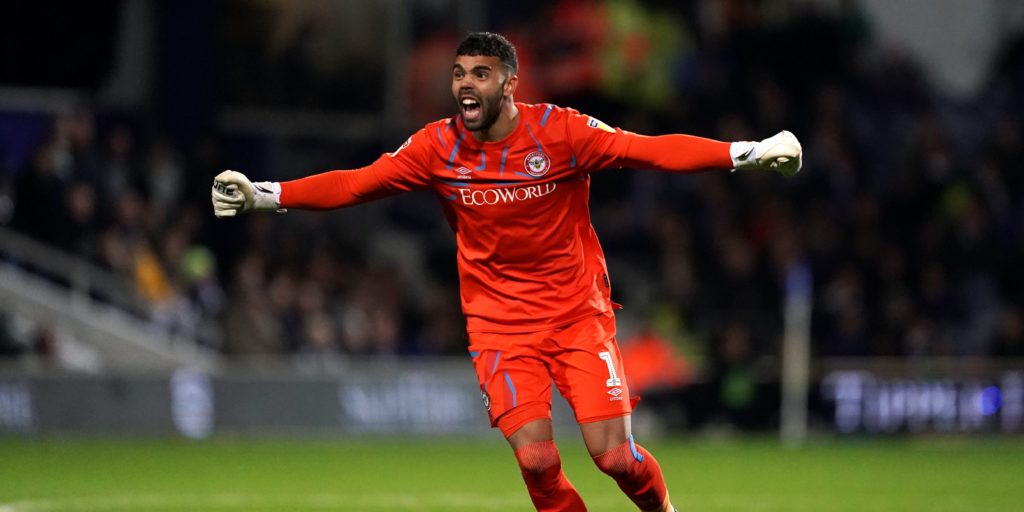 The league is due to resume on June 20 and out-of-contract players like Lyle Taylor, Chris Solly and David Davis have refused to return.

Brentford goalkeeper David Raya believes there will be more contract rebels in the Championship but knows they have to put their careers first.

The division is due to restart on June 20 after being halted by the coronavirus pandemic in March.

The season will go beyond June 30, when contracts expire, and players have already signalled their intention not to return.

Out-of-contract Charlton stars Lyle Taylor and Chris Solly, along with Birmingham loanee David Davis, have all refused to return for the final nine games for fear of injury ruining any summer moves.

Raya understands their motives and expects there will be more players with deals expiring this month who feel the same.

He told the PA news agency: “There will be more players coming out, there’s the risk of their careers and future earnings. They have bills to pay and that’s something people need to bear in mind.

“With coronavirus, if you don’t feel safe to do something you’re not going to do it. People have lost loved ones so it’s understandable if people don’t want to go to training or work.

“Health is more important than football or work, everyone has the right not to do something if they don’t feel safe.”

But Raya had no issue returning to training with the Bees, who last played on March 7 when they thumped Sheffield Wednesday 5-0.

“Now we’re back it’s a relief everything is slowly going back to normal,” said the 24-year-old.

“When it happened they said it was going to be for three weeks and it’s been a bit of a shock because it’s something new for everybody. But the break was needed because the health of everyone is more important.

“The testing isn’t pleasant but it’s something you have to get done. We have it done twice a week and we need it for the safety of everyone, it’s the right thing to do if we want to carry on with training.

“We knew the Government and PFA would do the best for the safety of the players. I wasn’t scared or nervous. We knew it would be a safe place to be and train.”

Brentford are fourth in the Championship ahead of the planned restart on June 20, bidding to reach the Premier League for the first time in the club’s history.

They face promotion rivals Fulham and West Brom – the teams immediately ahead of them – in their first two matches back in a nine-game sprint to the finish line.

“It’s going to be nine finals back-to-back to achieve what we want to achieve,” Raya added, with the Bees 10 points behind the second-placed Baggies and four adrift of Fulham.

“I always thought we would play again and now we’ve got a date. It’s not the best having three weeks of training before nine important games but it’s the same for every single team.

“It depends how you’ve come back from training on your own.”