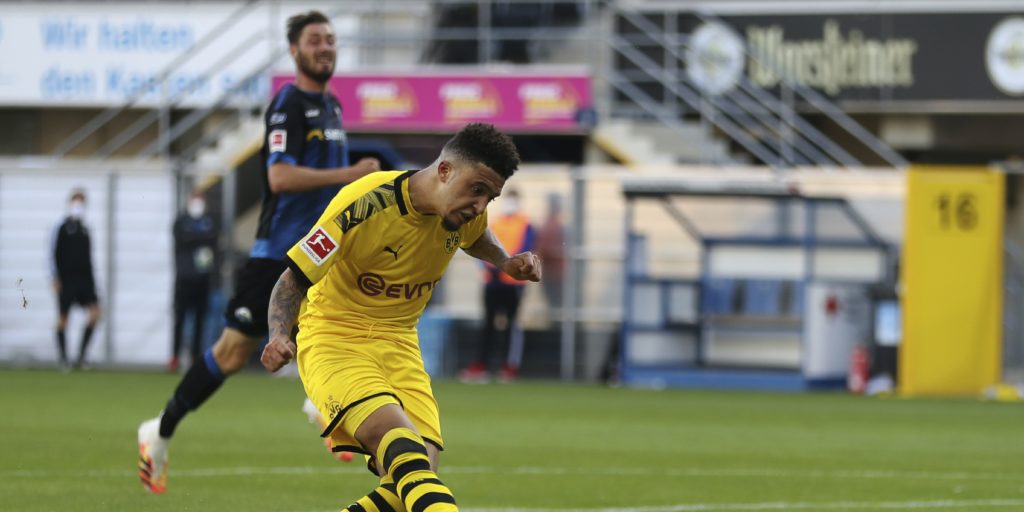 The 20-year-old was photographed having a trim while neither he nor the hairdresser wore any PPE.

England and Borussia Dortmund winger Jadon Sancho has been fined by the German league for getting a haircut in his home, in breach of the country’s restrictions to prevent the spread of coronavirus.

The 20-year-old and his team-mate Manuel Akanji were fined after photos emerged of them having a trim in their own respective homes, with neither the players nor the hairdresser wearing any personal protective equipment (PPE) in the pictures.

A statement from the German league (DFL) on Friday afternoon read: “The DFL has fined Manuel Akanji and Jadon Sancho.

“The players from Borussia Dortmund had obviously violated general hygiene and infection protection standards at home hairdressing appointments and in particular the medical-organisational concept of the DFL task force.

“There is no question that professional footballers also have to have their hair cut. However, this currently has to be done in accordance with the medical-organisational concept.”

The news over Sancho’s fine followed a decision by the German football federation (DFB) not to punish him after he lifted his Dortmund shirt to reveal a t-shirt with the message ‘Justice For George Floyd’ on it during his side’s win over Paderborn last weekend.

Floyd, an African-American, was killed in Minneapolis last week after a white police officer pressed his knee into his neck while in custody. Floyd’s death has sparked protests across the United States and the rest of the world.

Sancho moved to the Bundesliga in 2017 from Manchester City and has impressed during his time in Germany, winning 11 senior England caps and scoring two goals.