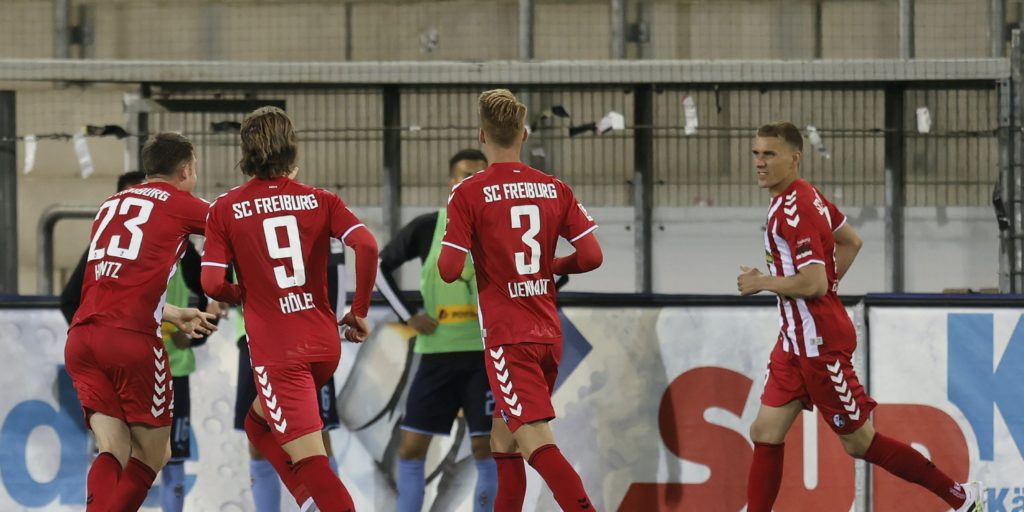 The visitors had Alassane Plea sent off for a second yellow card.

Nils Petersen hit the only goal a minute after coming off the bench as Freiburg delivered a blow to Borussia Monchengladbach’s Champions League hopes.

Petersen headed home from 12 yards following a free-kick with his first touch of the ball as the home team boosted their chances of qualifying for the Europa League.

Gladbach, who stay fourth in the Bundesliga, later had Alassane Plea sent off for a second yellow card before sporting director Max Eberl was sent to the stand for disputing the decision.

Freiburg remain eighth but are now just a point off the top six.