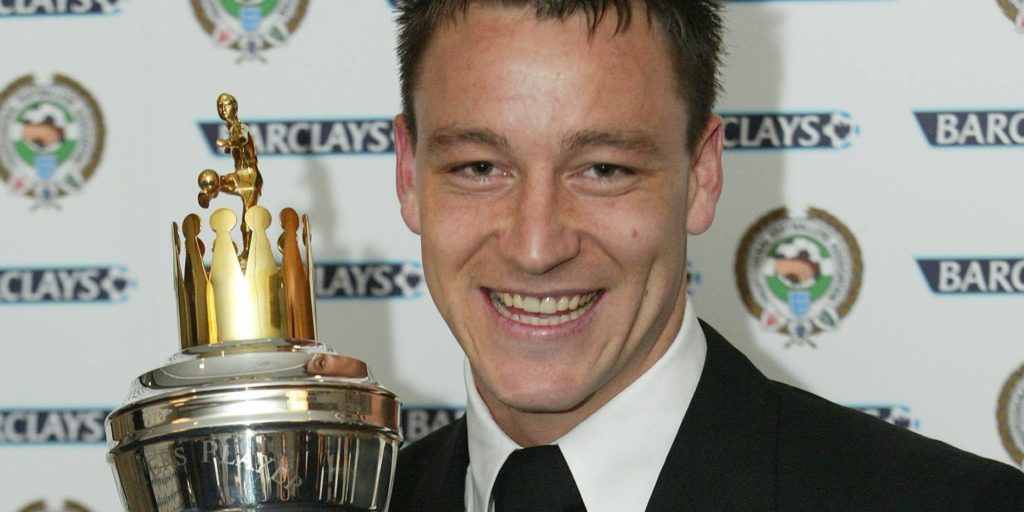 The defender led the Blues to the Premier League title.

John Terry won five Premier League titles with Chelsea, but from a defensive perspective none topped the first.

Terry’s rise through the ranks at Stamford Bridge reached its pinnacle at the start of the 2004-05 season when incoming manager Jose Mourinho installed him as captain following the retirement of Marcel Desailly.

And Mourinho’s new skipper rewarded the decision by anchoring a defence which set records that still stand today.

Chelsea kept 25 clean sheets and condeded only 15 goals on their way to their first title of the Premier League era – and first top-flight crown in 50 years.

It was the best defensive record not only of the Premier League years, but also in Football League history.

Terry was an attacking threat too, finishing the campaign with eight goals, including a decisive goal in victory over Barcelona in the Champions League.

That helped see him voted as the best defender in the Champions League that season, as well as earning a place in the World XI at the FIFPro awards.

Terry also became the first Chelsea player to be voted the PFA Player of the Year, although the Blues were always in with a strong chance of ending that duck once they had three players – Terry, Frank Lampard and Petr Cech – named on the six-strong shortlist.

Terry was the first defender to win the award since Paul McGrath in 1993.

Chelsea’s defensive discipline continued into the new season as they began the 2005-06 season with six consecutive clean sheets on their way to retaining the Premier League crown.