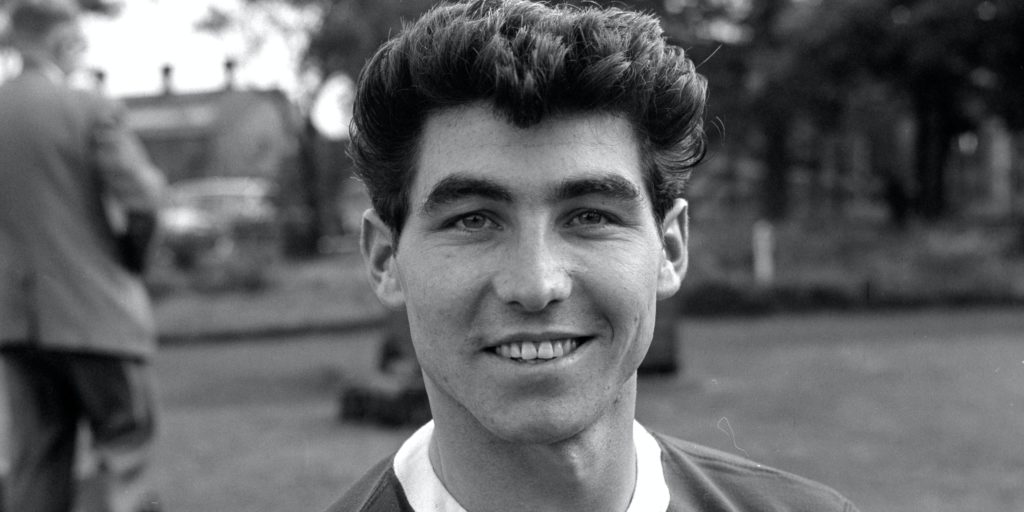 An unsung hero of Sir Matt Busby’s trailblazing team of the 1960s, Tony Dunne is one of the most revered players in the history of Manchester United.

Although not a household name, the Irish full-back is ingrained into the fabric at Old Trafford. You do not make 535 appearances for the club if you are not cut from the right cloth.

Born Anthony Peter Dunne in Dublin on July 24, 1941, he began his career in the city at Stella Maris FC before signing for nearby Shelbourne, where he won the FAI Youth Cup in 1959 and the FAI Cup the following year.

One of the most stellar United careers of all time began in 1960 when Dunne was recruited as part of the rebuilding process following the Munich air disaster two years previously.

He was brought to Old Trafford as cover for Noel Cantwell and Shay Brennan and played intermittently until his big chance arrived when he replaced Brennan in the starting line-up for the 1963 FA Cup final win against Leicester.

At five feet six inches tall, Dunne was small in stature but large in personality and presence. His pace was ideal on the wing and helped drive United forward for their rapid attacks. Charlton often described him a the quickest full-back in Europe.

Dunne, who could play on either flank, went on to cement his place in the first team following that success at Wembley and missed only six league games over the next four seasons, during which he helped United win the old First Division Title in 1965 and 1967.

Wembley was the scene of another career-defining victory for Dunne as he helped United become the first English club to lift the European Cup in 1968. He played in every round en route to defeating Benfica in the final and he was Irish Footballer of the Year in 1969 – a rare individual award for such a team player.

The European Cup win would be the pinnacle of Dunne’s career and it was something of a surprise when he was allowed to leave United in the summer of 1973 and join Bolton on a free transfer.

It would become a sad episode in an otherwise illustrious association with United. Dunne later said he felt let down by his exit and harboured some resentment to then-manager Tommy Docherty for not doing more to keep him at the club.

Dunne was also disappointed that his long-time manager Busby in his view did not do enough to support his testimonial.

Dunne voluntarily stayed out of the spotlight following his Old Trafford departure and this was epitomised when he refused an invitation, along with the other 1968 European Cup-winning team, to attend the 1999 Champions League final in Barcelona.

However, his United exit was not the end of the silverware for Dunne and he won the old Second Division title in 1978 with Bolton, whom he made more than 200 appearances for before joining Detroit Express in the North American Soccer League (NASL) the following year.

After making more than 750 career appearances and winning 33 caps for the Republic of Ireland in an international career spanning 14 years, Dunne retired later in 1979 and returned to Bolton for a two-year spell as assistant manager. He then replaced former United team mate Bill Foulkes as manager of Norwegian club Steinkjer FK during the 1982–1983 season.

In 1984 Dunne pursued another of his loves – golf. He opened a golf complex and driving range in Altrincham, close to where he lived in Sale.