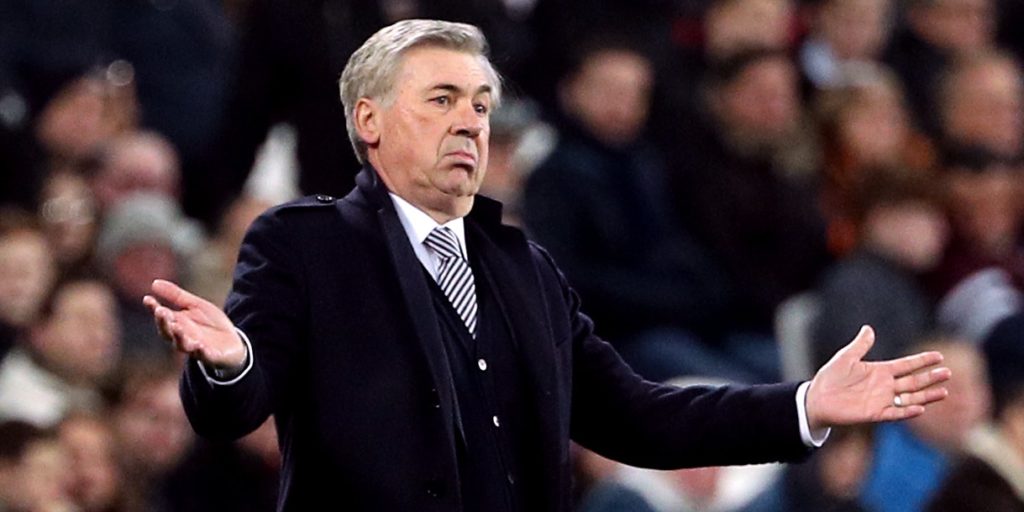 The staff are doing their best to help the club.

Everton boss Carlo Ancelotti and a number of the first-team squad have joined senior club officials in accepting wage deferrals during the coronavirus shutdown, chief executive Denise Barrett-Baxendale has announced.

In an email being sent to Everton fans, Barrett-Baxendale said Ancelotti and his backroom staff had taken voluntary cuts and deferrals of up to 30 per cent of their salaries from the start of the crisis in mid-March.

A number of first-team players have agreed their own voluntary deferrals, some of which go as high as 50 per cent of their pay packets for the next three months.

Barrett-Baxendale wrote: “Everyone taking reductions and deferrals has volunteered to do so and – on behalf of the board and, I am sure, every Evertonian – I would like to express my sincere thanks to every single one of them for demonstrating such integrity and honour in helping the Everton family through this challenging time.

“This remarkable show of unity has enabled the club to maintain the salaries of all Everton and Everton in the Community full and part-time employees – all of whom have remained in full employment throughout this period – and enabled the club to continue to pay its directly engaged matchday and non-matchday casual staff since our club lockdown began on 13 March.”

Some of the money from the deferrals has also been used to support the club’s ‘Blue Family’ campaign, which provides support to vulnerable people in the community.

Barrett-Baxendale said the campaign’s coffers have been further boosted to the tune of GBP 400,000 as hundreds of Everton season-ticket holders have opted to donate money they were due as a refund for matches they will now not be able to attend with the campaign to be completed behind closed doors.

The club’s owner Farhad Moshiri and chairman Bill Kenwright are now planning to match that sum with their own donation.

Everton are due to resume their season on June 21 with the Merseyside derby against table-topping Liverpool – a match in which Jurgen Klopp’s side could seal the title should Manchester City lose to Arsenal on June 17.

With so much riding on the match, the fixture could yet be moved to a neutral venue to ensure no fans turn up outside the ground. The safety advisory group of Liverpool City Council are set to provide a decision on the game on Wednesday.

Barrett-Baxendale wrote: “A lot has been said about whether our first scheduled home fixture will take place at our beloved Goodison Park.

“We continue to work with our colleagues at the council and other organisations, to ensure the right decision is made for all parties and will advise you as soon as an outcome is reached.

“Whilst it may go against every instinct you have as a football fan I, most respectfully, appeal to you, on behalf of the club and players, to please stay safe and stay at home to watch our games on the television – and not to consider heading to the stadium or gathering as part of a group in any other public places.”