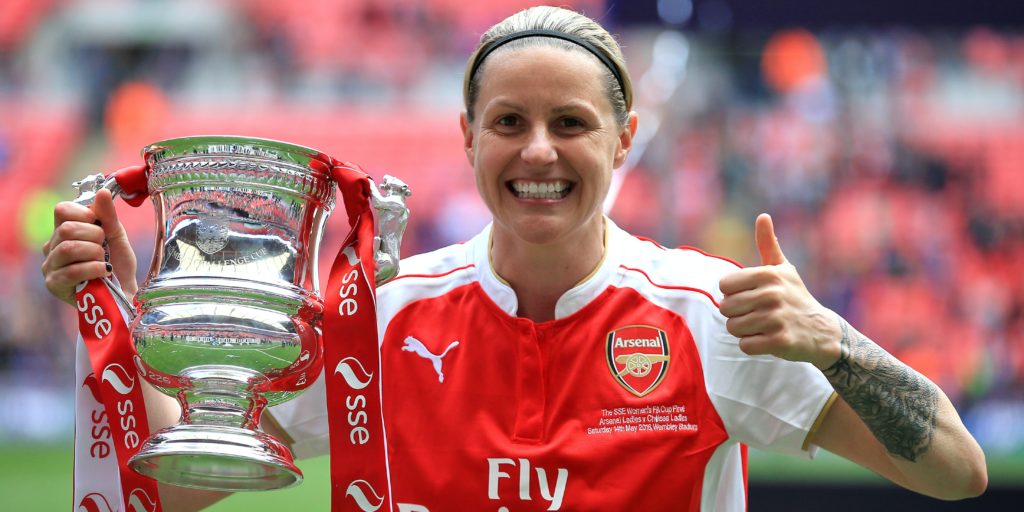 The Women’s Super League and Championship campaigns were brought to an early end on May 25.

Former Arsenal and England striker Kelly Smith believes the women’s game has been “pushed aside” after the decision was taken to end the English domestic season.

The Women’s Super League and Championship campaigns were brought to an early end on May 25 amid the coronavirus pandemic, with Chelsea being confirmed as WSL champions on a points-per-game basis last week.

The Football Association said at the time the season was curtailed that the decision was made following “overwhelming feedback” from the clubs and that the move was “in the best interests of the women’s game”.

Smith was disappointed that the financial commitment to continue the men’s game, which has included the Premier League centrally funding the reported GBP 4million cost of coronavirus testing in an attempt to get the 2019-20 completed, was lacking at WSL level.

“I was hearing figures of GBP 3million and upwards for testing and putting procedures in place just to get back into training,” Smith told the PA news agency.

“That figure in the women’s game in this country is unheard of, and I don’t know if the FA would have been happy to put the money towards that, rather than just write the season off and go again.

“I would have preferred they had would have gone the route of putting the money in and making it more of a level playing field with the men. It just seems to always happen that the women get pushed aside a bit, and it’s unfortunate.”

Smith said it was a “sad” way for the season to end, and felt even for Chelsea the championship would have tasted less sweet than securing it on the pitch.

“I do feel an injustice for Liverpool being relegated, because they would have felt like they could have got out of that situation at the bottom of the league with about eight games to go,” she added.

“I also feel sorry for Arsenal because they missed out on a Champions League spot. It’s a sad way to end the season and certain clubs are going to be hurting because of that.

“I’m sure Chelsea would have preferred the season to be finished and be called outright champions rather than it being just given to you like that because you were the best team at that point in time.”

The WSL is targeting a start date of September 5 for the 2020-21 campaign.