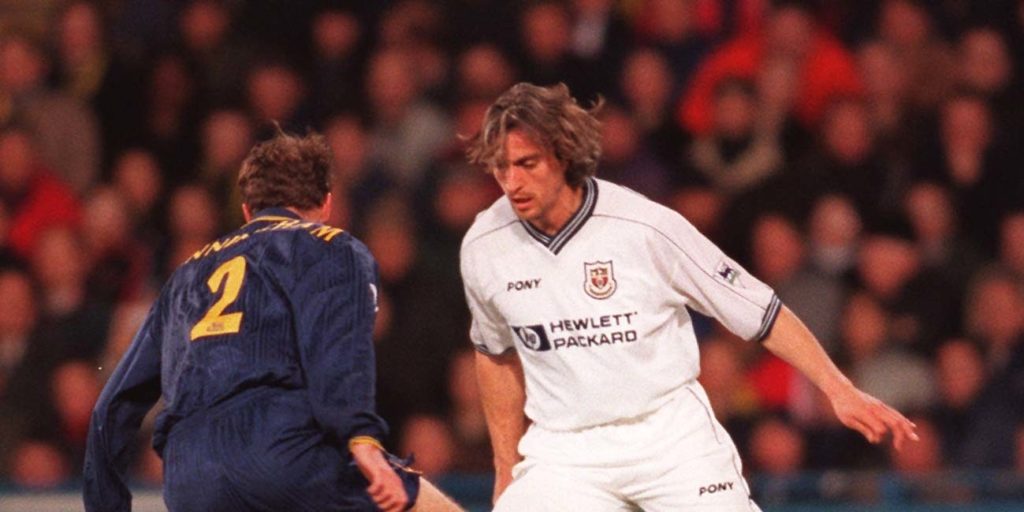 The Frenchman was a revelation for Tottenham.

Never has a player been more suited to a club than David Ginola was to Tottenham.

The London club are famed for having silky, attacking players down the years, from Glenn Hoddle and Ossie Ardiles to Teddy Sheringham and more recently Christian Eriksen, and Ginola fit the bill perfectly with his French flair and flowing locks.

The Frenchman arrived at White Hart Lane from Newcastle in 1997 but it was his exceptional form the following season that earned him the PFA Players’ Player of the Year award.

Ginola, a classic winger who could also play in a central role, was the standout player in a team that was drilled to be organised and hard to break down under George Graham.

But his ability to run past players and deliver for the strikers endeared him to the Spurs crowd, especially as his form helped them win the League Cup.

But it was his contribution in the FA Cup which was his defining moment of that season and his Spurs career as he scored a goal that Ricky Villa would have been proud of.

In a sixth-round replay at Barnsley, Ginola picked the ball up near the halfway line, surged forward, beating four men on his way into the penalty area before slotting into the bottom corner.

Ginola left Spurs a year later, moving to Aston Villa before ending his career in 2002 after a short spell at Everton.