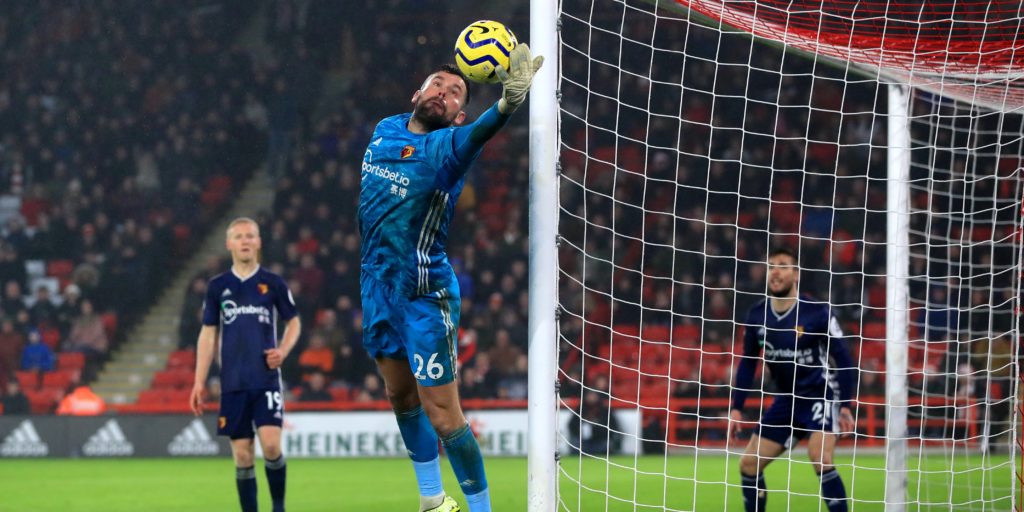 The 37-year-old has made 150 appearances for the Hornets.

Ben Foster has agreed a new two-year deal at Watford which will keep the goalkeeper at the club until he is at least 39.

Foster has made 150 appearances across two spells with the club, who he first joined on loan from Manchester United in 2005, spending two seasons at Vicarage Road before stints with Birmingham and West Brom.

After the Baggies were relegated to the Championship, Foster rejoined the Hornets in July 2018 and has started every Premier League game for the club since then.

“Goalkeeper @BenFoster has agreed a new two-year deal with #watfordfc. A @premierleague ever-present this season, the 37-year-old has made nearly 150 appearances in two spells with us,” Watford said on Twitter.

Foster, who has been capped eight times by England, the last of which came in 2014, has kept nine clean sheets this season and received praise amid Watford’s struggles.

Watford, sitting 17th and only above the bottom three on goal difference, will resume their top-flight campaign at home to Leicester on June 20.