Home News Who will be involved in the League One and Two play-offs and how will they work?

Who will be involved in the League One and Two play-offs and how will they work? 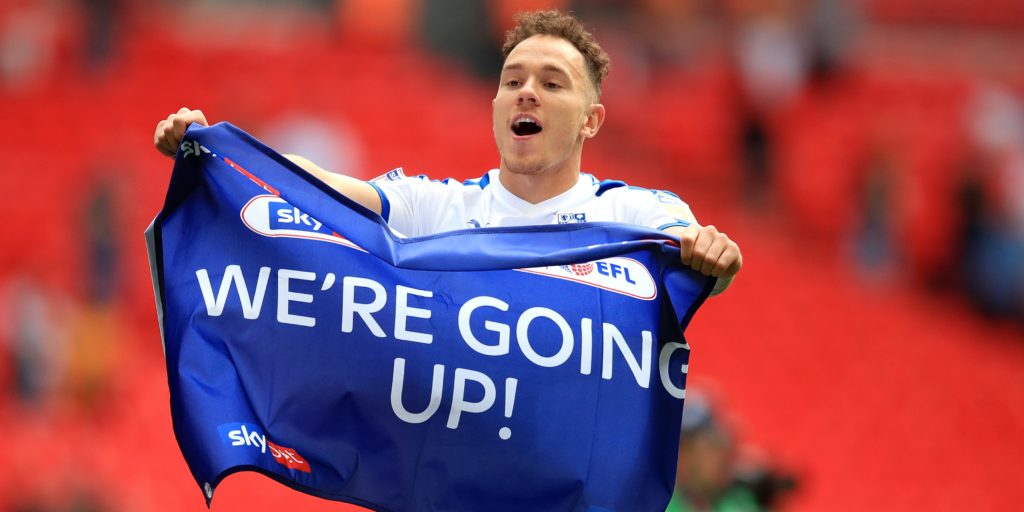 Wembley’s doors will be closed for the showpiece finals.

The League One and Two seasons are over except for one major detail – the play-offs will still go ahead to see who gets promoted this summer.

Tuesday’s votes saw the regular season brought to a close and determined on a points-per-game basis, but while most promotion and relegation issues were settled, it was decided the play-offs should still be played.

Wembley’s doors will be closed for the showpiece finals, but there will be no less riding on the games as clubs look to haul themselves up the ladder.

Here the PA news agency looks at what is to come later this month.

Wycombe, Oxford, Portsmouth and Fleetwood will contest the League One play-offs.

Gareth Ainsworth’s Wycombe were only eighth in the table when play was suspended in the middle of March, but with a game in hand on those around them and little separating the clubs in terms of points, they vaulted up to third in the amended standings to get into the play-offs.

That came at the expense of Peterborough, whose owner Darragh MacAnthony strongly criticised the decisions made.

It will be a second bite of the cherry for Kenny Jackett’s Portsmouth, who lost to Sunderland in the semi-finals of last year’s play-offs.

In League Two, Cheltenham, Exeter, Colchester and Northampton will have the chance to move up. Colchester and Exeter both missed out on a play-off place by a single point last season.

When will they take place?

No dates have yet been announced for the League One matches, though they action is expected to get under way later this month.

The League Two play-offs will begin on Thursday June 18 with the first leg of the semi-finals and the reverse fixtures taking place on Monday June 22.

The final will be played behind closed doors at Wembley one week later.

The short answer, of course, is nobody, given there have been no games for almost three months.

Wycombe were all over the map prior to shutdown, winning five and losing five of their last 10. They will face a Fleetwood team who drew three of their last four matches. Joey Barton’s Fleetwood won 1-0 at Wycombe in February, with the first meeting between the two this season a draw.

Karl Robinson’s Oxford powered their way into the play-off places with five wins in a row prior to the shutdown, much stronger form than a Portsmouth side who won only two of their last five. Both games between the two this season were draws.

In League Two, Cheltenham’s final game before shutdown was a 0-0 draw with Port Vale – who missed out on the play-offs by a one point – but prior to that Michael Duff’s men had won five in a row to move up to third in the league.

They will face a Northampton side who lost five out of seven in the league to limp into the play-offs, and who lost one and drew one with Cheltenham this season.