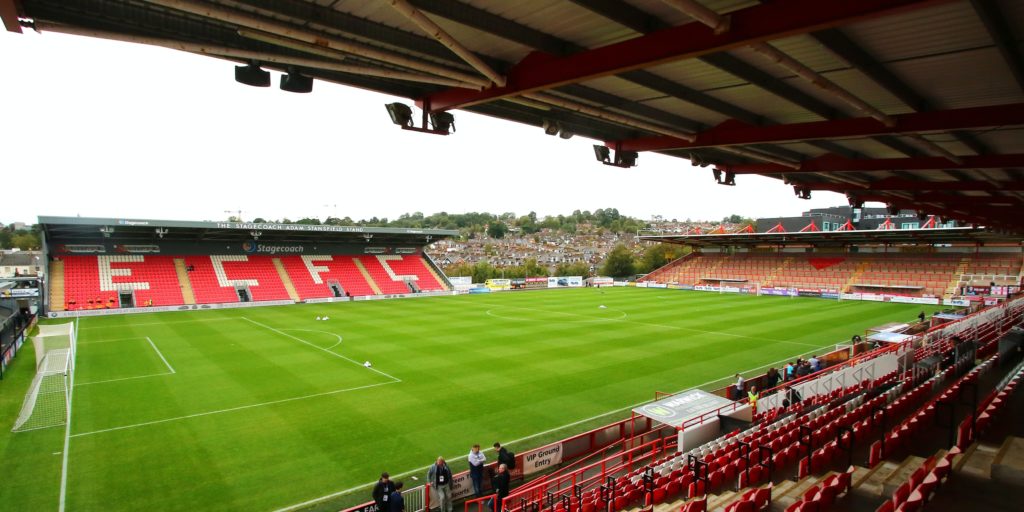 The Grecians will be joined by Cheltenham, Colchester and Northampton in the four-team competition.

Competing in the League Two play-offs will cost Exeter around GBP 150,000 even factoring in television money, the club’s chairman has said.

The regular season at fourth-tier level was officially ended by a vote of the 24 clubs on Tuesday due to the costs of continuing amid the coronavirus pandemic, with the Grecians joining Cheltenham, Colchester and Northampton in the play-offs next week to decide the final promotion place to League One.

Exeter took their players off furlough on June 1, with the play-off final due to be played on Monday, June 29. The club are also footing the bill for testing, which was thought to be in the region of GBP 120,000-130,000 per club if the regular season had been completed.

While their chairman Julian Tagg was at pains to praise the EFL’s handling of the crisis created by the Covid-19 outbreak, he said from a purely financial point of view there was no benefit to playing on.

“The anticipated cost of continuing is around the GBP 150,000 mark. The whole point of this is you don’t have any income,” he told the PA news agency.

“We’ve done really well, some people have already done that, but it would be double, treble where we are now.

“As directors of the club it’s our duty (to play on) that’s what the fans turn up and pay their money for. But in a pure cold business light that this is a significant risk, considering only one in four is going to make it.

“And even then, the reality is that those four clubs, irrespective of promotion or not, will start next season at a handicap because they’re completing the season.”

Exeter will travel to Colchester for the first leg of their semi-final on June 18, with the return at St James Park being played on June 22.

The other semi-final features Cheltenham and Northampton.

The Cobblers boss Keith Curle said the retention of the play-offs had created a unique situation for his players to deal with.

“We are looking at the play-offs as a mini-tournament and the players will be ready for that,” he said.

“We are trying to get the balance right in training between physical, technical and tactical elements and the players fitness results have been very good from day one when they came back.

“It’s not a marathon now it is a sprint and we have got to hit the ground running.”