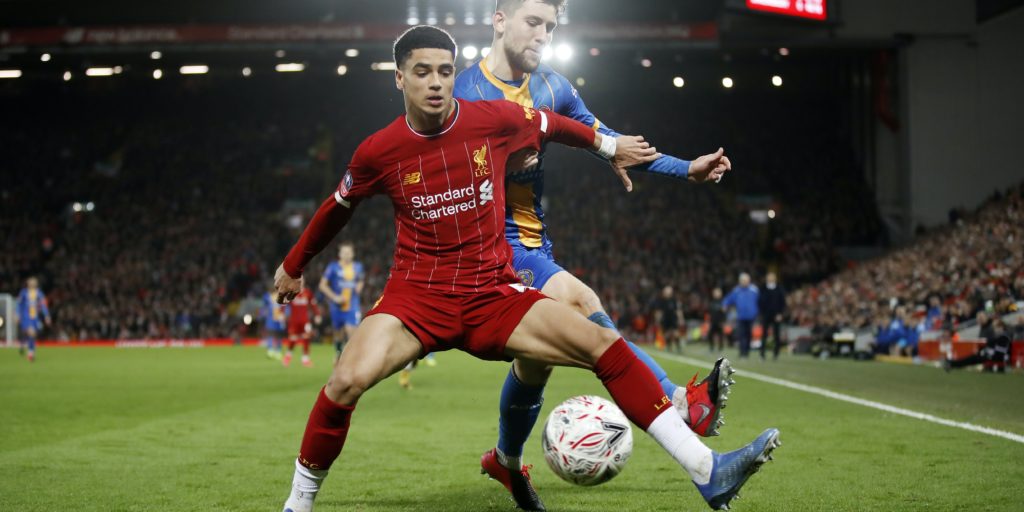 The Reds played a young side against Shrewsbury in their fourth-round replay at Anfield in February and the Shrews complained to the FA.

Shrewsbury have publicly criticised Liverpool for fielding a weakened team in their FA Cup replay in February after having a complaint rejected by the Football Association.

The Shrews drew 2-2 with Liverpool in their fourth-round tie to earn a replay at Anfield but, with the reverse fixture falling in the Premier League’s winter break, Reds manager Jurgen Klopp left under-23 coach Neil Critchley to take charge of a young side who prevailed 1-0.

Shrewsbury chief executive Brian Caldwell has revealed the League One club complained to the FA, accusing Liverpool of breaching FA Cup rules by not fielding a strong team, but said that it was rejected last week.

In a statement on the club website, Caldwell said Klopp’s actions “ruined what should have been a wonderful moment for our club”.

The statement added: “We struggled to believe that his statements had no effect on the replay being televised and we are convinced that LFC broke the FA Cup rules by not ‘fielding their strongest team’ in the return fixture.

“(It) had (the) knock-on effect of STFC not getting anywhere near the financial rewards that were to be expected from an FA Cup fourth-round replay including a potential live TV fee against the world and European champions and Premier League champions-elect.

“In February we put a complaint into the FA about the alleged rule breach but unfortunately, and quite unexpectedly, we were informed that this was dismissed last week (four months on).

“This without doubt resulted in a much lesser occasion for our players and fans as well as the financial reward that would have been expected from LFC playing their strongest team and abiding by the FA Cup rules.”

The FA Cup tie with Shrewsbury was the second time this season that Liverpool fielded a young team in a cup competition, with the under-23s losing 5-0 to Aston Villa in the Carabao Cup as their tie clashed with the Club World Cup in December.