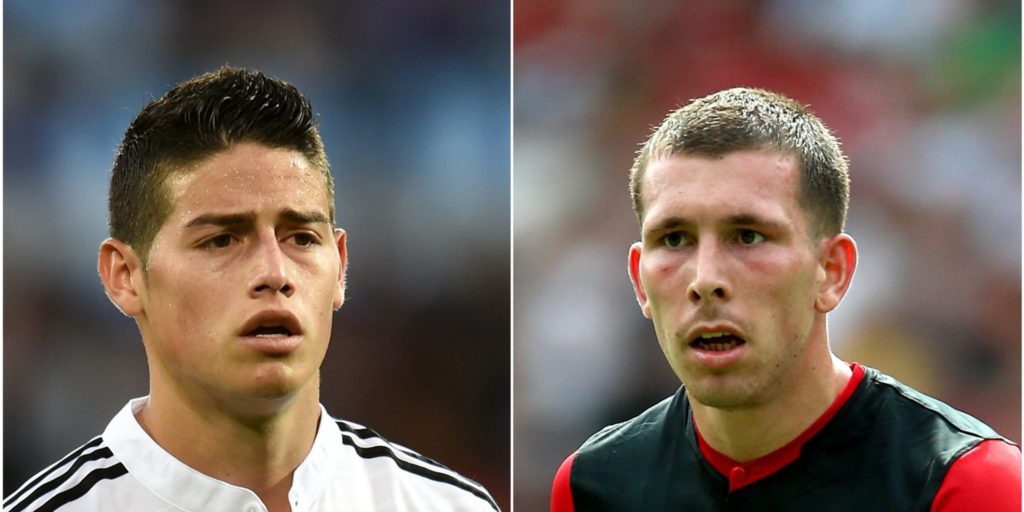 Pierre-Emile Hojbjerg makes headlines for a second day in a row.

Southampton have said their Danish captain Pierre-Emile Hojbjerg will only be sold for a price north of GBP 35million, the Daily Mail says. The 24-year-old has commanded interest from Tottenham and Everton after moving to the Saints in 2016 and going on to play a key role at St Mary’s.

Manchester United will look to seal a cut-price deal for Real Madrid’s James Rodriguez, according to the Daily Star. Rodriguez is out of contract in 2021 and has been linked with a move to Old Trafford in the past, with United looking to seal a deal given he could leave on a free transfer next summer.

Chelsea have taken a step closer in their bid to sign Kai Havertz from Bayer Leverkusen, reports the Guardian. The Stamford Bridge outfit are looking to sign the 20-year-old and will also look to Brentford’s Said Benrahma to bolster their attacking options.

Should Chelsea or Manchester City be successful in their move for Leicester’s Ben Chilwell, the Foxes will look at signing Ajax’s Nicolas Tagliafico as a replacement, says the Daily Mirror.

Daniel James will not be allowed to leave Manchester United on loan next term, even if the club are successful in bringing in Jadon Sancho, reports the Manchester Evening News. James, 22, has played 27 Premier League games this term and has 10 senior caps for Wales.

Dayot Upamecano: RB Leipzig would rather sell the 21-year-old Arsenal target than lose him on a free transfer in 2021, says Bild.

Idrissa Gueye: The 30-year-old Senegal midfielder does not want to leave Paris Saint-Germain despite interest from Wolves and Everton, according to Le10Sport.

Federico Bernardeschi: Manchester United are looking at bringing in the Juventus midfielder if a proposed move for Jadon Sancho falls down, reports Tuttosport.