Gareth Southgate planning for international football to return in September 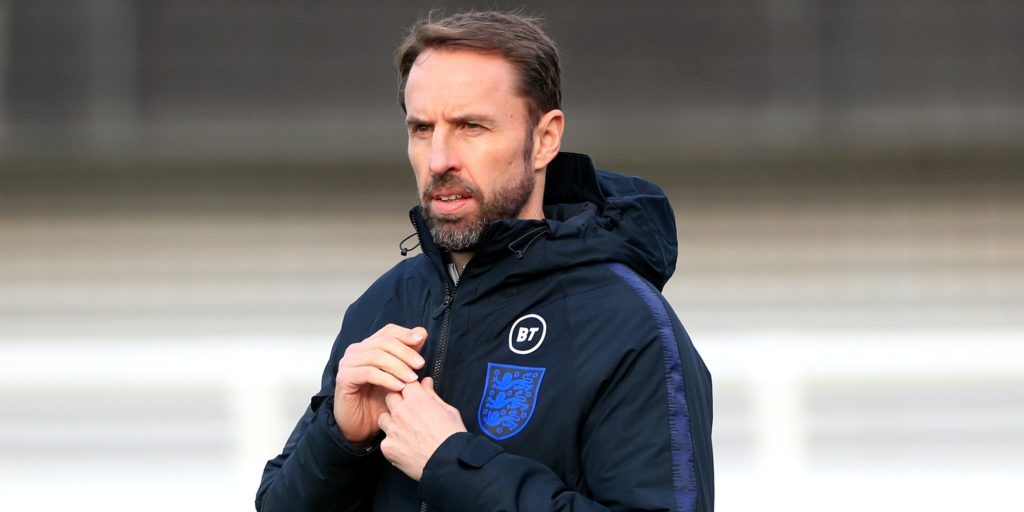 The Three Lions were due to play at Euro 2020 this summer before coronavirus struck.

England boss Gareth Southgate is planning for international football to resume in September.

The Three Lions should have been gearing up towards a Euro 2020 opener against Croatia on Sunday but the summer tournament has been put back 12 months because of the coronavirus pandemic.

That three-month hiatus to domestic leagues has had a huge impact on the international calendar as well and there are no games currently pencilled in the diary.

But Southgate expects some action in September with further matches in October and November, meaning it would be the best part of 10 months without a fixture.

“I am more optimistic now than I was probably six weeks ago in that it feels as though the combating of the virus across Europe and across the world is advancing in a good direction and every couple of weeks the landscape appears to change enormously,” he said.

“There was certainly a period when I didn’t think there was going to be anything before Christmas.

“At the moment, the UEFA meeting I was in on was geared around September, October, November going ahead. Now, that is obviously complicated by the start of the domestic leagues, not only here but across Europe.

“I get the feeling the clubs are represented not in the same meetings but with other meetings with UEFA where that whole calendar is being looked at. So whatever is decided upon should not be a surprise to anyone in the end.

“There are the realities of how quickly everyone can emerge from the virus and the lockdown and whether it is feasible and practical for players to travel around the world and go and represent their countries when they have just got back into their clubs.

“But every couple of weeks, that looks more optimistic. At the moment, we have to work on that basis. I know there is another UEFA meeting in about 10 days when we should have more clarity on a few of those issues.”

With the Euro 2020 play-offs still to be played and Nations League and World Cup qualifying fixtures planned, Southgate fears that losing another international break could have a damaging impact on the schedule.

“The calendar is very tight and if we were to lose one month of international football there would be some difficult scenario planning for the different governing bodies to fit everything in,” he added.

“But at the moment, all of that is achievable and actually having a winter World Cup might give breathing space for the calendar, ironically, to filter its way through.

“We are in a Nations League group with Iceland and Iceland still have a Euro qualifier to play and by March, we have got World Cup qualifiers so the knock-on impact of losing one more window would be quite significant.

“We plan for September but we don’t think that’s a given by any stretch of the imagination.”

The focus has been solely on getting the domestic leagues back up and running, with the Premier League due to start next week, with Germany, Spain and Italy all finishing their seasons.

But Southgate insists it is important for international football to return too.

“With international football, there are still a lot of unknowns,” he said. “You have got international travel in that mix. You’ve got the start dates of the various leagues.

“But also we must be the only sport where internationals are perceived in some areas as less important. I don’t get that.

“If I am an athlete or a player – in the last few months I have seen lots of interviews and players showing their caps as one of the most important things in their lives – to represent your country in a sport is still the pinnacle.

“I understand the league is hugely popular and massively tribal. You will get people saying, ‘Forget England, I just want my club to come back’.

“But we are the only ones to bring 24-30million people together around an event and that has the opportunity to unite and at times divide landscape. So I do believe it is important it happens.”