Home News On this day in 1997: England win Le Tournoi 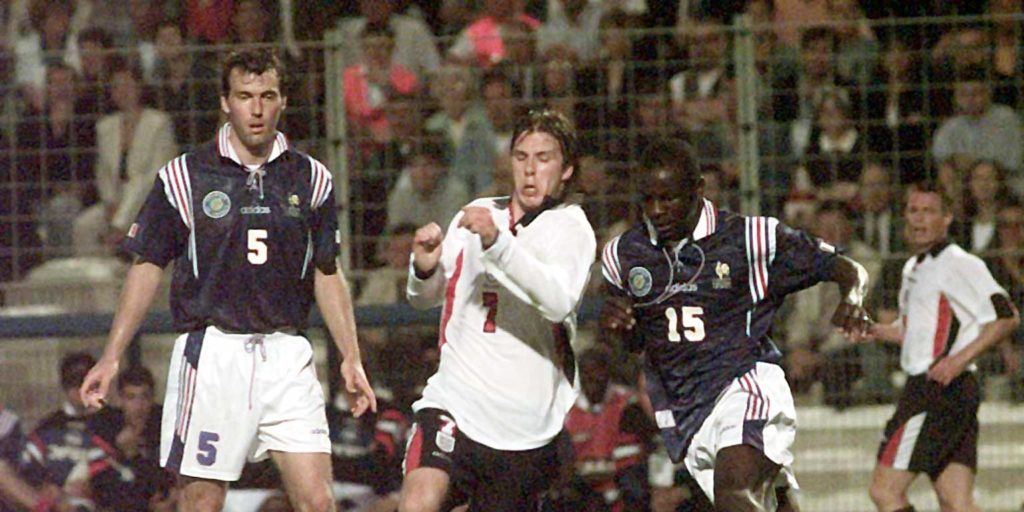 Glenn Hoddle’s men looked to be on top of the world when they edged out three of the best in France.

Here, the PA news agency looks back at the mini-tournament, which saw England lift the trophy on June 10, 1997.

Glenn Hoddle had replaced Terry Venables as manager in the aftermath of the Euro 96 near miss that ended with Gareth Southgate’s botched spot-kick and things were going well. His first eight matches had yielded seven wins with 15 goals scored and just three against. The only defeat had come at the hands of Italy, who would be one of England’s three Le Tournoi opponents including hosts France and reigning World champions Brazil.

England knew that they would need to tackle Italy in another World Cup qualifier to book their place at the following summer’s tournament, so the match in Nantes came freighted with an extra element of importance. What followed was the Three Lions’ first victory in the fixture for 20 years, achieved by an enterprising, fluent style and some tactical twists. Ian Wright opened the scoring in the 26th minute and Paul Scholes’ first international goal on his full debut sealed the result just before half-time.

More history for Hoddle’s fresh-looking side, who secured England’s first away win over France since 1949. The game was heading towards stalemate when, four minutes from time, Fabien Barthez juggled the ball loose and Alan Shearer converted from close range. In David Seaman, Sol Campbell, Paul Ince, Paul Gascoigne and Shearer, England possessed a rock solid spine able to stand up to, and best, the likes of Lilian Thuram, Laurent Blanc, Patrick Vieira and Didier Deschamps.

Buoyed by successive victories, Hoddle suggested “sometimes people give Brazil too much respect. They think they’re from another planet”. A narrow defeat, courtesy of Romario’s second-half strike suggested the South Americans remained worthy of all the respect that came their way but it was England who lifted the trophy, with the Selecao drawing their two previous fixtures. The absence of the suspended David Beckham was felt more keenly than might have been expected, confirming the passing of the baton from ‘Gazza’ to ‘Becks’.

A brave 0-0 draw in Rome ensured England would make the trip across the Channel again for France ’98 but that proved to be another false dawn. They came unstuck against in the last 16 Argentina in Saint-Etienne, with Beckham sent off and Paul Ince and David Batty adding to the country’s growing list of penalty gaffes. Seven months later Hoddle was gone under a cloud, leaving Le Tournoi as a reminder of unfulfilled promise.