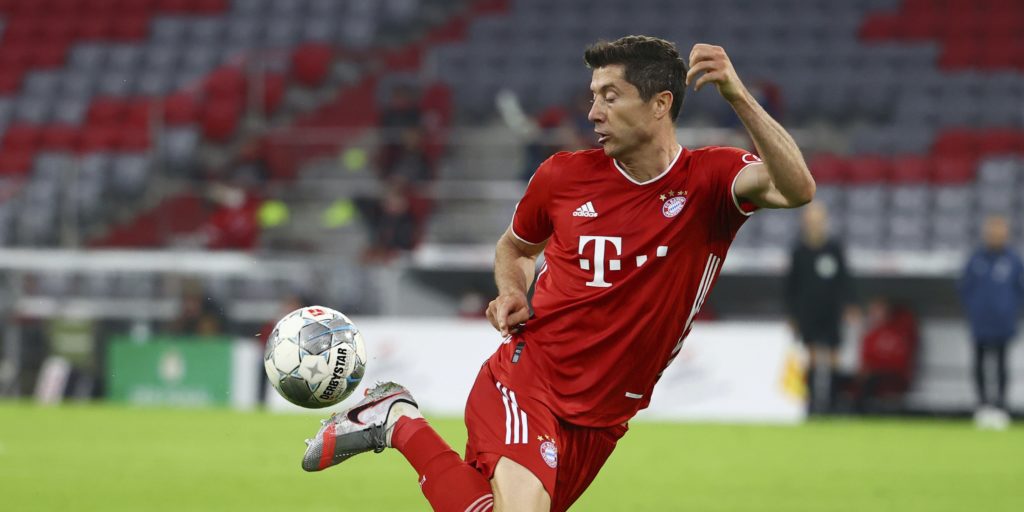 Lewandowski sealed a 2-1 success against Eintracht Frankfurt at the Allianz Arena.

Robert Lewandowski hit his 45th goal of the season to fire Bayern Munich into the German cup final.

Lewandowski sealed a 2-1 success against Eintracht Frankfurt at the Allianz Arena in the DFB-Pokal Cup semi-finals.

Bayern created a series of first-half chances but all they had to show for their dominance was an Ivan Perisic goal.

Eintracht, sporting a Black Lives Matter slogan on their white away shirt, came out fighting in the second half and levelled in the 69th minute when substitute Danny Da Costa fired home.

But Bayern took just six minutes to get back in front when Lewandowski netted.

The goal was initially ruled out for offside but the video assistant referee ruled in Bayern’s favour.