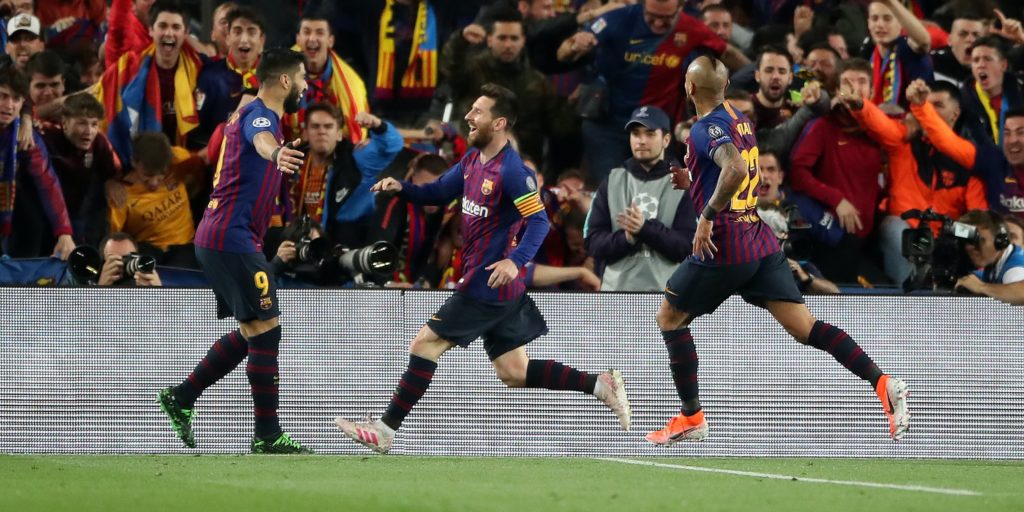 LaLiga president Javier Tebas outlined his aim of getting supporters to return to stadiums before the end of the season, insisting that 10-15 per cent of usual attendances would be a significant achievement.

The Spanish top-flight resumes on Thursday evening with the derby between Sevilla and Real Betis, becoming the second major European league to restart amid the coronavirus pandemic following the Bundesliga.

Matches will initially be held behind closed doors but Tebas is hopeful that some fans will be back inside grounds before the campaign concludes on July 19, albeit in vastly reduced numbers.

Conversations between LaLiga and the Spanish Government will be held in a fortnight to determine such an outcome, according to Tebas, who admitted stringent measures would have to be adhered to in the stands.

In a conference call with international media, Tebas said: “Let’s see in two weeks and we will sit down again with the Government and see when we will be able to get the public back into the stadiums.

“But of course it won’t be the entire stadium and there will be special precautionary measures.

“If we can have even 10 per cent or 15 per cent by the end of the season, if that happens we will be very happy about that because that’s a sign that we are getting back to some form of normality.”

Tebas, though, is not getting carried away amid a global health crisis, in which Spain has been among the worst countries hit with nearly a quarter of a million confirmed cases and more than 27,000 deaths.

He said: “When we celebrate will be when we actually finish the competitions, both the First Division and the Second Division. This crisis still hasn’t come to an end.”

In the event spectators are unable to return to stadiums before the end of the year, Tebas has forecast losses of between 700 and 800million euros in a worst case scenario for clubs.

However, the 57-year-old believes most are already in robust health and any losses can be mitigated by financial help from LaLiga and salary reductions.

He said: “We think 90 per cent of the clubs are not going to have any financial problems for next season.

“The other 10 per cent, I really don’t think there’s any club that’s going to have problems. Maybe they are going to delay certain payments but I don’t think they’re in danger.”

Tebas, who confirmed the 2020-21 LaLiga season will start on September 12, admitted that the financial impact of the pandemic is likely to see the transfer market contract, with fewer big-money moves.

Paris St Germain forward Neymar has been for several months linked with a return to Barcelona, but Tebas said: “Neymar, it’s a big cash deal. There was no exchange there. I don’t think it’s going to happen.

“What we have to consider is the market and I think for this year, there are going to be less transactions, there’s going to be a lot less movement than what we’ve seen in other transfer windows.

“That’s the way things are going to be done. There will be exchanges, swaps and a couple of important transactions but there’s not going to be as important ones.”

A number of Bundesliga players and clubs have displayed anti-racism messages in the last couple of weeks, demonstrating their support for the ‘Black Lives Matter’ movement or protesting the death of George Floyd.

Floyd, an African-American, was killed in Minneapolis last month after a white police officer pressed his knee into his neck while in custody, sparking protests across the United States and the rest of the world.

Tebas added: “LaLiga has always been against all kinds of racism and we think it is something that should be totally exterminated.”