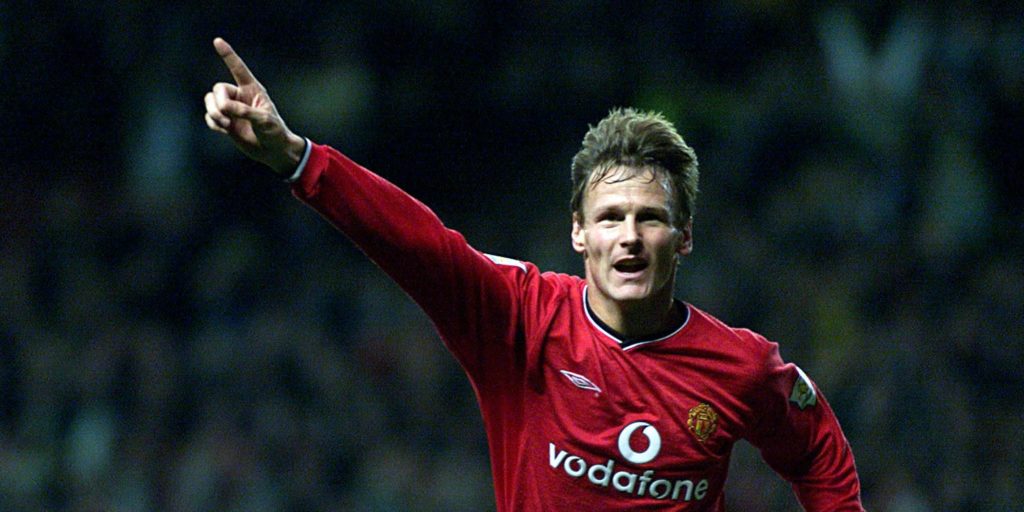 Sheringham’s craft, intelligence and ability to bring others into the game was crucial for Manchester United.

It is fair to say that Teddy Sheringham got better with age.

He starred at Euro 96 and then won multiple trophies, including the Champions League with Manchester United, all after his 30th birthday.

And his crowning moment came, aged 35 when he won the PFA Player of the Year award after a sensational season for United in 2000/01.

His first few years at Old Trafford were spent playing second fiddle to the likes of Andy Cole and Dwight Yorke, but at the start of the new millennium he was the star of the show.

The England striker, who had been left at home for Euro 2000 by Kevin Keegan, scored 21 goals in 44 appearances, finishing as the club’s top scorer.

His craft, intelligence and ability to bring others into the game was also crucial for United as they won a third straight Premier League crown.

But, having only been offered a one-year contract, he left Old Trafford and returned to Tottenham on a free transfer.

He spent two seasons back at White Hart Lane, doing enough to earn a spot at the 2002 World Cup, before moving to Portsmouth, West Ham and finally Colchester.