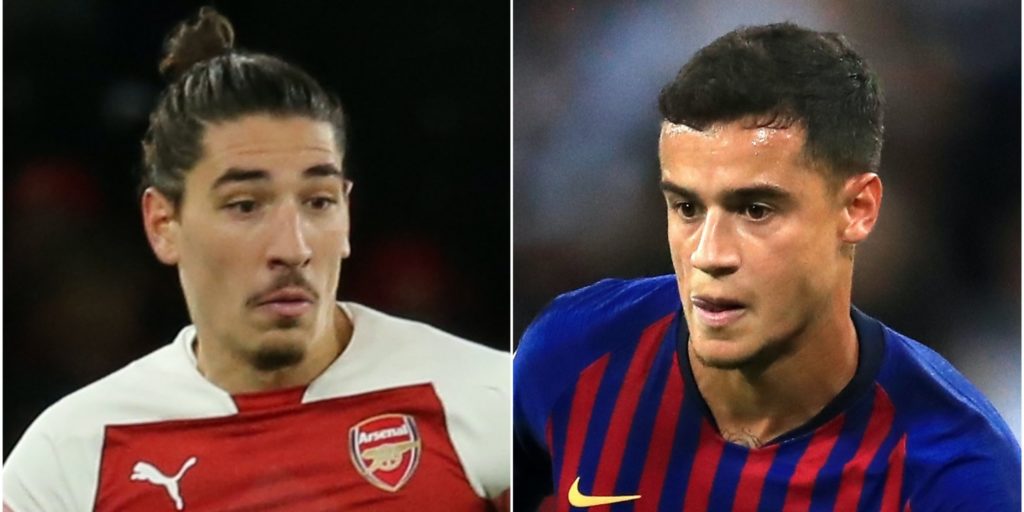 Philippe Coutinho and Hector Bellerin are being talked about in Friday’s papers.

Barcelona are looking to reinforce their defence over the summer but would prefer a swap deal involving Philippe Coutinho, says the Daily Mail. The club – like many others – are keen to avoid big-money deals in light of the Covid-19 crisis and are seeking to use Coutinho in negotiations for a defender from Tottenham or Chelsea, while Newcastle are also keen on the midfielder.

Italy may beckon for Hector Bellerin, according to the Daily Express. The paper says Inter Milan are looking to tempt the Arsenal man away and have lodged a GBP 27m offer.

Thomas Muller said he wants to link up with Kai Havertz, who is heavily rumoured to be heading to Chelsea from Bayer Leverkusen over the summer, reports Metro.

Miralem Pjanic and Arthur Melo could be switching clubs as part of a deal between Juventus and Barcelona, says the Independent. The Serie A side are reported to have turned down offers from Chelsea and Paris St Germain for the Bosnian midfielder.

Real Madrid could look to buy Chelsea’s N’Golo Kante over the summer as the Stamford Bridge side look to raise transfer funds, reports the Daily Express. Kante, 29, moved to the capital in 2016 after sealing the Premier League title with Leicester.

Jude Bellingham: The Birmingham teenager is set to snub Manchester United for a move to Borussia Dortmund, says Sport Bild.

Axel Disasi: Wolves have tabled a GBP 13.5million bid for the Rennes defender, who has caught the eye of a number of Premier League sides, according to L’Equipe.

Nicolo Zaniolo: Roma are not looking to sell their 20-year-old midfielder despite interest from Liverpool, reports Tuttosport.