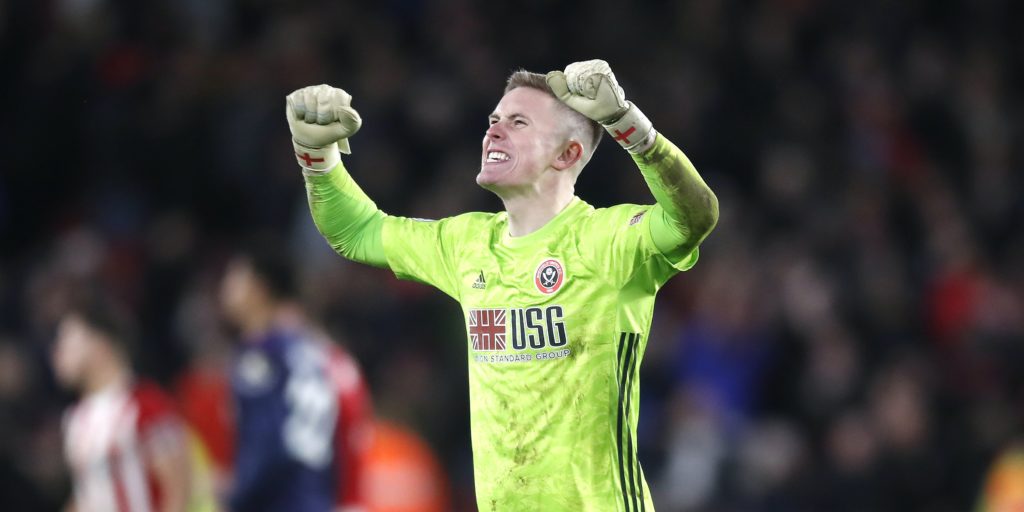 The England Under-21 keeper is close to agreeing an extension of his loan from Manchester United until the end of this season.

Sheffield United boss Chris Wilder has confirmed his club will extend Dean Henderson’s loan deal in the next couple of days.

The England Under-21 international keeper is close to agreeing an extension from Manchester United until the current season ends and it could be done before the Blades restart the Premier League with a game at Aston Villa on Wednesday.

Wilder said: “I spoke to Ole (Gunnar Solskjaer) yesterday morning. I thanked him for his co-operation with Dean and we are in the process, in the next couple of days, of finalising Dean’s stay with us until the end of the season.

“Their manager was brilliant and was very pro to Dean staying and delighted in terms of what Dean has produced for us and what we have done for Dean as well. That can’t go unmissed.

“We have had initial early conversations (to him coming back next season). Of course we would be open to Dean coming back but I have got huge respect for Manchester United and the football club.

“I have always gone on record as saying he is a Manchester United player and they will make the decision based on what is best for themselves and for Dean. If there is an opportunity we would love to take that up.”

Wilder knows the magnitude of his side’s game at Villa as they restart a new era for football.

The Blades travel to Villa Park on Wednesday for an historic first game back after the league’s three-month suspension due to the coronavirus pandemic.

The eyes of the world will be on what is a new way of life for football, with games played behind closed doors and following strict safety protocols.

Wilder said: “First game back is going to be a little bit different, what we understand is the magnitude of the game, the coverage of the game.

“You can’t get away from the fact that Villa-Sheff Utd was a Championship game last year and would possibly have been seventh or eighth on Match Of The Day and now it is 6pm on the TV and worldwide coverage.

“From our point of view we want to put on a good show and make sure we play well. Players will naturally want to play well and we want to do that as a football club.”

The Blades are in a great position with 10 games to go, with the prospect of Champions League football still a distinct possibility.

United could move up to fifth with three points at Villa Park, but Wilder will not allow himself to get distracted by talk of Europe.

“Are we going to talk about Villa or what, it’s the first game up?,” he said. “Is there any chance to talk about that because that’s all I am looking at. I am not looking at anything else.

“If it gets to the situation where we are one or two games out and we are still in a fantastic position then we will possibly talk about that.

“But at the moment we have quarter of a season to go near enough. I am sure that you have seen the fixture list. There are some incredible challenges in front of us.

“We have got to control what we can control and that is our own performances and results and if we are still there with a couple of games to go then we will look to turn a good season into a memorable one.”