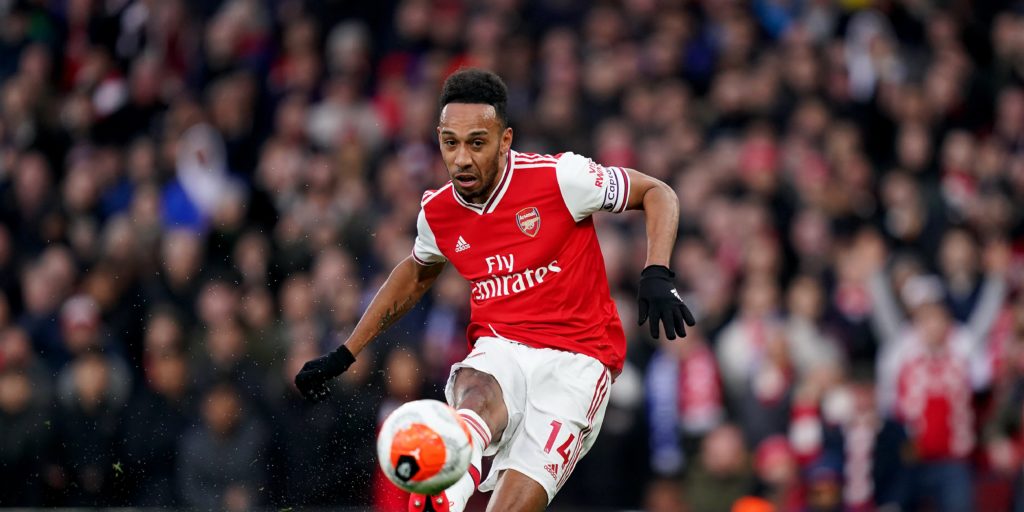 The Gunners’ star striker has just over a year left on his current deal.

Arsenal head coach Mikel Arteta is “pretty positive” of signing Pierre-Emerick Aubameyang to a new deal but admits the club must persuade the striker of his importance and their own ambition.

Aubameyang’s deal expires next summer and he was quoted this week saying he felt at “a turning point” in his career.

The Gabon international has no shortage of admirers should he decide his future lies elsewhere but Arteta thinks an extended stay at the Emirates can be achieved.

“We have many discussions with Pierre, with his family and his agent. I’m pretty positive we can find the right agreement for all parties,” said Arteta, whose side return to Premier League action against his previous employers Manchester City on Wednesday.

“I think it is our responsibility to make him feel this is the right next step in his career. In order to do that he needs to feel valued, he needs to feel he belongs to us and that we want him.

“He really needs to believe we can take this club forward in the way we want to and he’s going to be a key part.”

Aubameyang’s output since joining the Gunners in 2018 has been of the highest standard, with 61 goals in 97 appearances, leading to reported interest from a host of top clubs.

Despite that, and the opaque comments recently attributed to the player in the foreign press, Arteta has seen no suggestion that his head has been turned.

“I think at the moment I am extremely happy with how he’s been performing and behaving,” he said.

“I have a really good relationship with him and we can discuss face to face a lot of things. So far as I’m aware I think he’s very happy at the club.”

Arteta suggested the coronavirus shutdown had played at least some part in the slow progress of negotiations, adding: “In a different context we’d have liked to do things much quicker but obviously it is unprecedented times.

“That brings a lot of uncertainty. But things are getting clearer and clearer every day that we are a step closer to getting back playing football and we want to move forward.”

With Arsenal currently disappointingly placed in ninth, their negotiating position would be improved no end should they somehow launch a successful bid for the Champions League places in their 10 remaining fixtures.

Arteta, for one, is not shirking from that ambition.

“I think that will help to persuade anybody. It’s our obligation, almost, to be fighting for every trophy and playing (in the) Champions League with this club,” he said.

“A lot of players want to come and join us but it’s not just about who do we want to attract, it’s how happy the players that are here are and (how) convinced they are in the right place.”

An away trip to Manchester City is nobody’s idea of an easy restart but for Arteta it also represents a return to the club he served for three years as a coach and a reunion with mentor Pep Guardiola.

“He was an influence on me since I was 16 years old, when we met in Barcelona as players,” he said of the City boss.

“If I have to talk about the person he is, his values, the way he treats me and how he deals with players and staff around him he is phenomenal.

“As a coach I learned so much from him. We spent some amazing moments together, some difficult ones too, but the experience next to him has been incredible.”