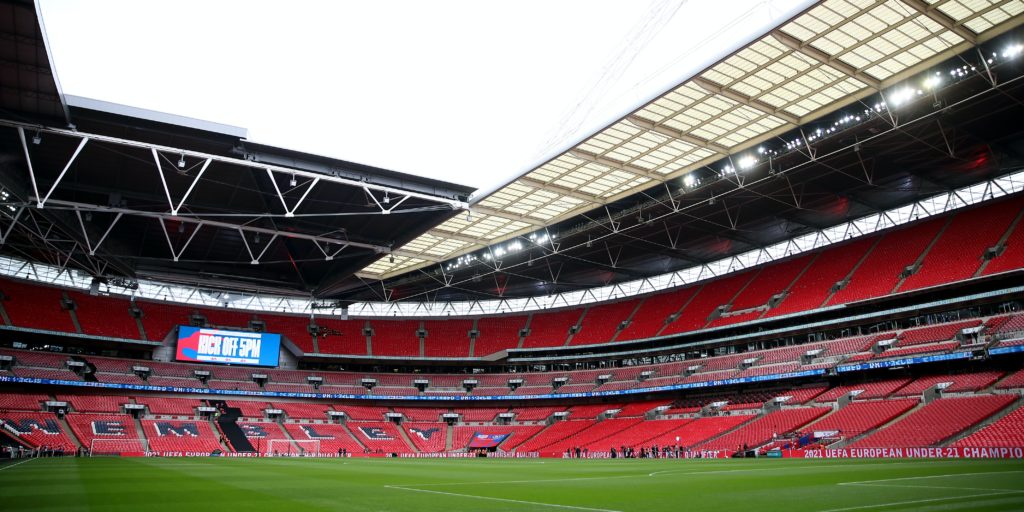 UEFA announced on Wednesday plans to finish this season’s tournament with the last-eight competition taking place entirely in Lisbon, Portugal.

The Football Association is hopeful that Wembley could still stage the Champions League final in its centenary year in 2023 despite the reshuffle needed because of the coronavirus pandemic.

UEFA announced on Wednesday plans to finish this season’s tournament with the last-eight competition taking place entirely in Lisbon, Portugal.

Istanbul had been due to host the prestigious final but will now host the match in 2021, with UEFA announcing that the next three venues with deals agreed – St Petersburg, Munich and London – will all move back a year to leave Wembley with the final in 2024.

But FA chief executive Mark Bullingham said a deal could yet be reached to change the order again as they look to mark 100 years of the national stadium.

One possibility would be a swap with Munich after the FA provided strong support for Germany’s successful bid to host Euro 2024.

“That’s a possibility,” Bullingham said. “What UEFA wanted to establish was that the Champions League final wasn’t going to take place in Istanbul this year and they agreed with everyone due to host finals that they’ll host one at some point in the future.

“We’ll continue to talk with UEFA and the other hosts on what would be best for us and for them and see where we get to on that.”

Bullingham revealed the FA expects to suffer a “massively significant” loss in revenue of anywhere between GBP 100million and GBP 300million as a result of the pandemic, and has taken out additional borrowing to spread the costs over four years.

But he said it was the middle level of the game that was likely to suffer the most, with the top level self-sufficient and costs much reduced at the grassroots.

“The grassroots is impacted, but it is the middle part of the game that is impacted the most,” he said.

“The top end of the game is fine because they’ve the broadcast money.

“The bottom end, the real grassroots, kids football, there are elements where we have supported them through things like the Pitch Preparation Fund with the Football Foundation and other initiatives, but they didn’t need a huge amount.

“It’s the middle level – the National League and the lower levels of the EFL who are not only struggling most but I think will also struggle hugely with any behind-closed-doors calendar as they will have outgoings without revenue.

“The government always made it very clear with any resumption of football they were relying on football to sort itself out and the Premier League is aware of that and is working out what that could look like. We are and will be part of those discussions.”