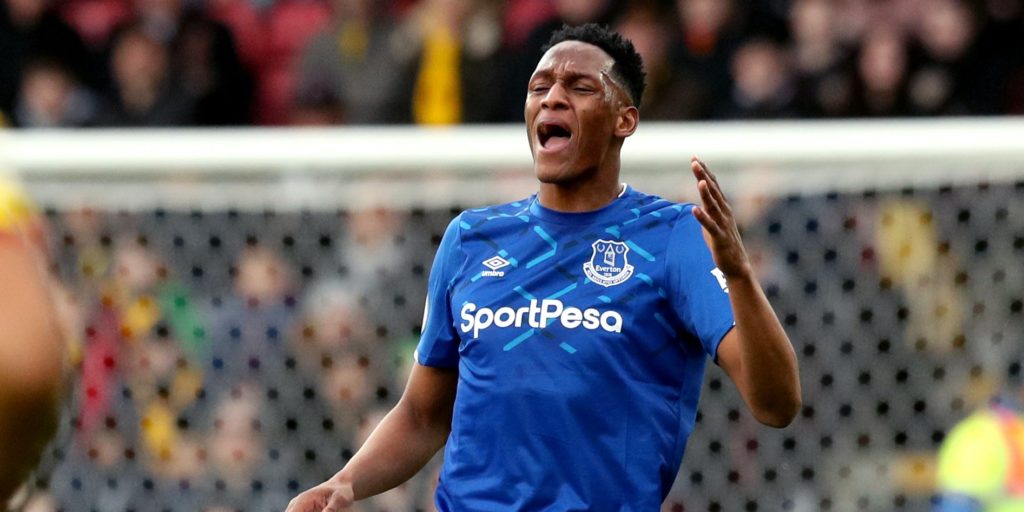 Mohamed Salah and Andy Robertson are doubts for Liverpool.

Everton will be without several big names for Sunday’s Merseyside derby with Yerry Mina and Fabian Delph joining Jean-Philippe Gbamin and Theo Walcott on the sidelines.

Gbamin was close to a return from long-term injury before suffering an Achilles problem which will rule him out for a further four to five months, while Walcott is out for around four weeks after surgery on an abdominal problem.

Mina and Delph have both suffered injuries since the return to training to rule them out of the first game back.

Jurgen Klopp has not ruled out Mohamed Salah or Andy Robertson despite neither playing in a behind-closed-doors friendly last week.

Robertson has at least been pictured in training this week but Salah was not present in any of the images published by the club, although Klopp insists no-one is yet unavailable for the game.

Alisson Becker will return in goal having been out with a hip injury immediately prior to the suspension of the season.