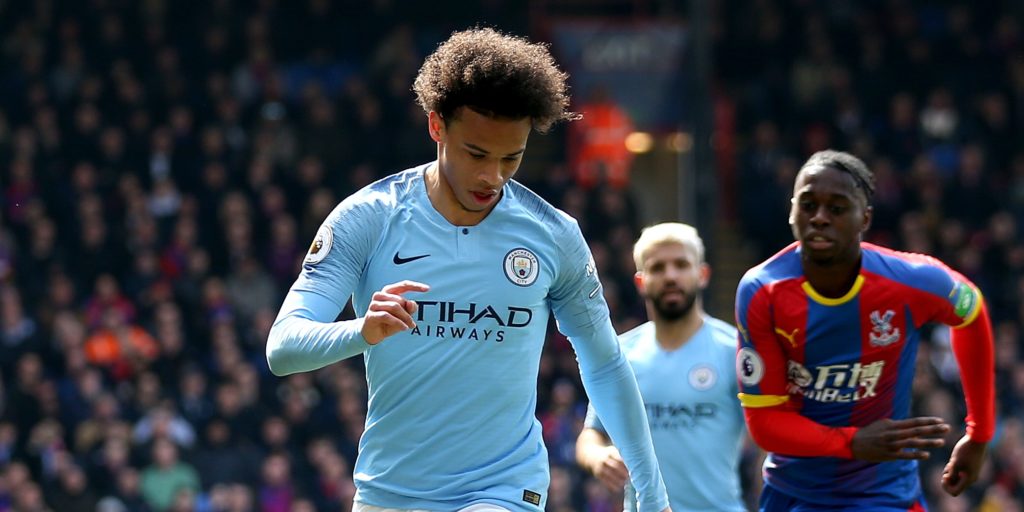 Bayern Munich are overwhelming favourites to secure the winger’s signature, with a deal possible in the summer.

Leroy Sane’s days at Manchester City appear to be numbered after manager Pep Guardiola revealed the winger has rejected a new contract and is seeking a move elsewhere.

Sane still has another year left on his existing deal and City had hoped to tempt the German to put pen to paper on fresh terms, but the 24-year-old has decided his future lies away from the club.

Bundesliga giants Bayern Munich are overwhelming favourites to secure Sane’s signature, although Guardiola is in no rush to offload a player who he signed in 2016 from Schalke for an initial GBP 37million fee.

“Leroy has said he doesn’t want to extend the contract next season, so it means he wants to leave and it’s going to happen this summer or when he is out of contract,” Guardiola said.

“The club offered him two or three times to extend his contract, he rejected it so he wants to play for another club.

“If at the end of this season there is an agreement from both clubs, he’s going to leave, if not he’s going to stay one more year until he is out of contract.”

Sane has not featured for City since suffering cruciate ligament damage during the Community Shield last August, and was an unused substitute as City resumed their Premier League campaign on Wednesday against Arsenal.

He has been nurtured during his time at the Etihad Stadium by Guardiola, who insists there would be no hard feelings if Sane does depart for pastures new.

“When we make an offer to a player, it’s because we want him,” Guardiola added.

“He’s a young player with incredible potential, a special quality that is difficult to find all around the world but we tried before the injury, we tried again but he rejected it. He has other wishes and I understand.

“We want players who want to play with this club, we want full commitment to try to achieve our targets. But of course we respect (his decision). He’s an incredibly nice guy, we love him, I love him so much.

“I have nothing against him, he’s just decided he wants to make another adventure for his career and he doesn’t want to stay, so when that’s happened, we’re going to help him until the last day he’s here.”

City restarted their top-flight campaign in ideal fashion in midweek, easing to a 3-0 victory over Arsenal, while they are back in action on Monday evening against Burnley.

However, victory over the Gunners came at a cost as Guardiola revealed Eric Garcia suffered a concussion after a nasty accidental collision with team-mate Ederson in the closing stages.

“We saw Eric yesterday and of course he has damaged his face. He left hospital and he feels quite good after what happened,” Guardiola said.

“As you know, the Premier League rules that when there’s a concussion, it’s a protocol to be one week to 10 days off.”

Fellow defender John Stones (ankle) and goalkeeper Claudio Bravo (muscular problem) are doubts for the visit of the Clarets after being absent in the win over Arsenal.

Guardiola revealed Bravo and midfielder David Silva will remain at City until the 2019-20 campaign is complete, having initially been due to leave at the end of June following the expiry of their contracts.