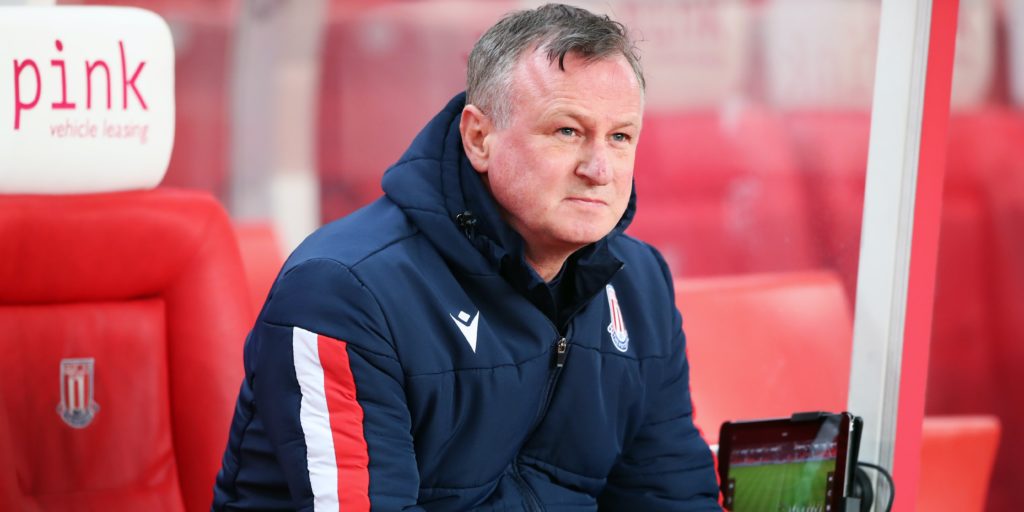 O’Neill admitted news of his positive test came as a shock.

Michael O’Neill returned to Stoke training on Friday after a period of self-isolation due to a positive test for coronavirus.

Stoke had to cancel a friendly at Manchester United’s training ground at short notice on June 9 when O’Neill was informed of his positive test while en route to Carrington, and the 50-year-old has been confined to his apartment since.

But O’Neill said he had remained symptom-free and is now returning ahead of Saturday’s Championship fixture away to Reading.

“It’s certainly a new experience,” O’Neill said on the club’s YouTube channel. “This has been my ninth day in self-isolation in my apartment.

“It’s been a little bit frustrating at times, there’s no doubt about that, but I’m also thankful that as yet I haven’t developed any symptoms despite having a positive test.

“Hopefully that will continue and I will look forward to getting back around the team.”

O’Neill admitted news of his positive test came as a shock, but he was grateful to find out before he had entered United’s Carrington facility and potentially caused greater problems.

“There is an initial shock,” he said. “You do obviously fear you’ll get the symptoms and I know how many families have been affected. I’m thankful that at this moment in time I’m still symptom free.”

With Billy McKinlay taking charge of first-team affairs in his absence, O’Neill has been watching training sessions online, while doing his best to follow friendly matches against Derby on what he admitted was a rather jumpy connection.

“I feel we’re as prepared as we can be going into the game on Saturday,” he said. “No doubt my absence has been a hiccup but the team has been brilliant in making sure the disruption has been minimal.”

O’Neill, who took charge of the Potters in November, has steered them out of the Championship’s bottom three but they are only three points clear of the relegation zone and have plenty of work still left to do to ensure they stay in the league.

“Though our last game was a 5-1 win (over Hull) it counts for nothing, we are just starting again with no form,” O’Neill said.

“The object for us is purely to get points on the board. We’re focused on ourselves but we want to make sure even if we get points early on that we finish the season as strongly as possible.

“There’s going to be a short break and then we follow into next season. I’ve said to the players we’re pretty much going into a 55-game season. That’s how we have to think of it.”