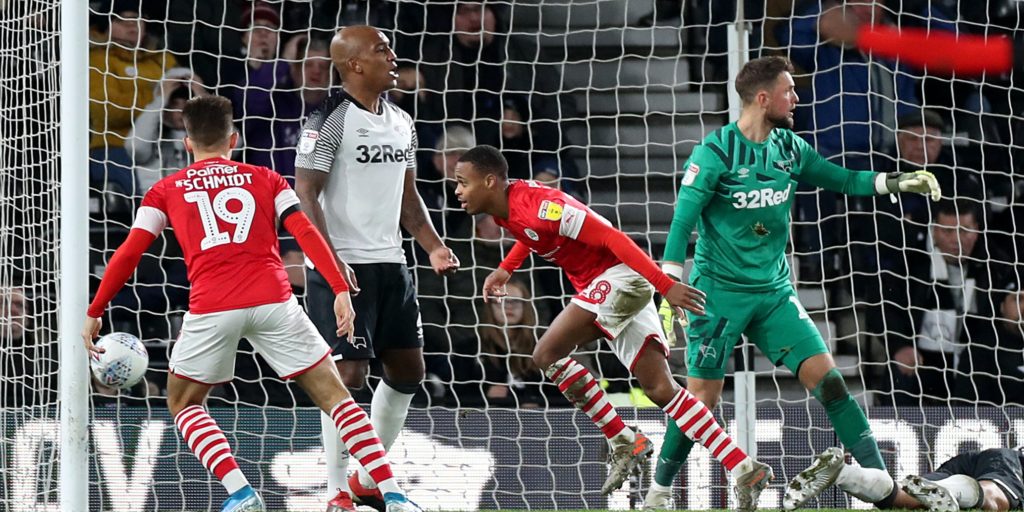 The Tykes are now four points from safety.

Elliot Simoes’ early goal gave Barnsley a 1-0 victory at QPR and moved them four points from safety in the Sky Bet Championship.

The young striker netted after just seven minutes and his tidy finish was enough to give the Reds a first win at Rangers since 1950, lifting the Tykes off the bottom of the table.

The goal came after Ben Williams dispossessed Bright Osayi-Samuel midway inside the QPR half.

Williams played the ball into the penalty area, where Cauley Woodrow’s dummy fooled the home defence and teed up Simoes, who calmly slotted past goalkeeper Liam Kelly.

And Conor Masterson almost scored an own goal a couple of minutes before the interval.

The R’s defender headed against his own crossbar while preventing Woodrow getting to Ludewig’s free-kick.

QPR were unbeaten in six matches prior to the season being suspended because of the coronavirus pandemic.

That run lifted Mark Warburton’s side to within six points of the play-offs, raising hopes of a late challenge for promotion.

But those aspirations were all but crushed by an appalling restart to their campaign.

They were better in the second half but still struggled to create clear-cut chances.

A couple did fall to Jordan Hugill, but the striker’s woefully misdirected header after he was found by Ryan Manning’s left-wing free-kick summed up Rangers’ day.

Hugill then showed much more composure with a shot on the turn which flashed narrowly wide.

As Rangers at last began to assert themselves, Ebere Eze and Yoann Barbet went close to equalising.

Eze cut in from the left and fired a right-footed shot over the bar, while Barbet narrowly missed the target with a free-kick.

Manager Warburton was visibly frustrated on the touchline as his team laboured.

He sent on winger Olamide Shodpio at half-time and later moved Manning into midfield from left-back in an attempt to spark Rangers into life.

The changes did have some effect, but Barnsley managed to hold on fairly comfortably as the likes of Eze and Osayi-Samuel – so effective for much of the season – struggled to make an impact.

Eze showed only glimpses of his skill, including when he turned away from Kenny Dougall only to shoot straight at Jack Walton.

Keeper Walton produced an important late save when he denied Hugill after the on-loan West Ham striker had been put through by Eze.

The result took Barnsley above Luton and left QPR seven points adrift of the play-off spots.