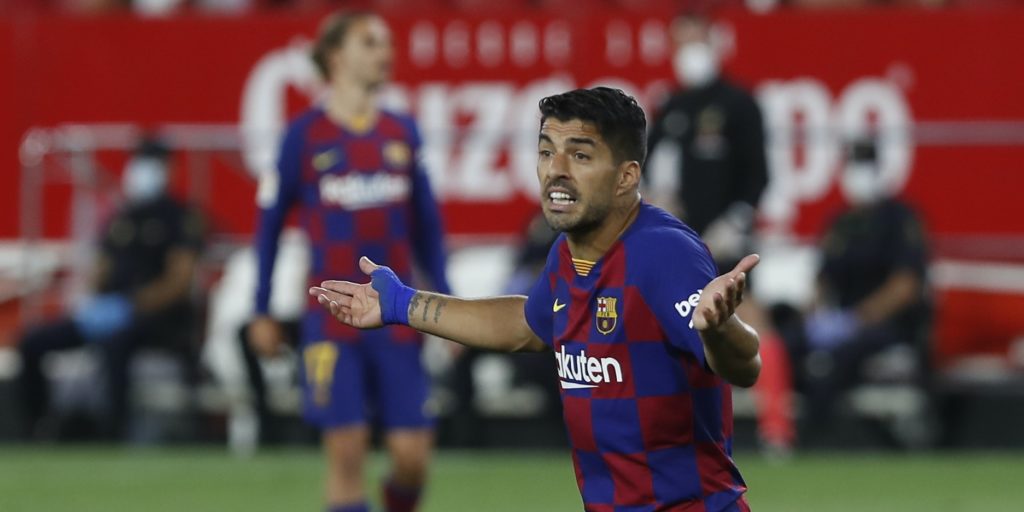 Lionel Messi continues to wait for his 700th goal.

Barcelona missed the opportunity to extend their lead at the top of the LaLiga table to five points after being held to a 0-0 draw at Sevilla.

The slip-up gives Real Madrid the opportunity to put the pressure on Barcelona when they face Real Sociedad on Sunday, where victory will see them move level on points with their great rivals.

A solid Sevilla, who remain third, defence frustrated the visitors as Lionel Messi was made to wait for his 700th goal with club and country.

Luis Suarez wasted Barcelona’s best opportunity with just a minute remaining when he fired a first-time shot narrowly over the crossbar.

And at the other end, Sevilla could have stole it in stoppage time but Reguilon’s close-range effort was straight at Marc-Andre Ter Stegen.

Villarreal cemented their place in the Europa League places with a 1-0 victory over Granada at Nuevo Estadio de Los Carmenes.

Gerard Moreno scored the only goal of the game in the 11th minute and drilled a low left-footed shoot across goalkeeper Dantas da Silva and into the net.

The win sees the Yellow Submarine hold onto seventh place, four points clear of Valencia with Granada losing ground to slip five points out of the European places.

It could prove to be a vital point in their survival bid as it keeps them three points from safety.

Salva Sevilla had given Mallorca a ninth-minute lead when his free-kick went under the ball and beyond the grasp of Ivan Cuellar.

But Rodriguez earned a point with a magical free-kick of his own from distance that went in via the underside of the crossbar.