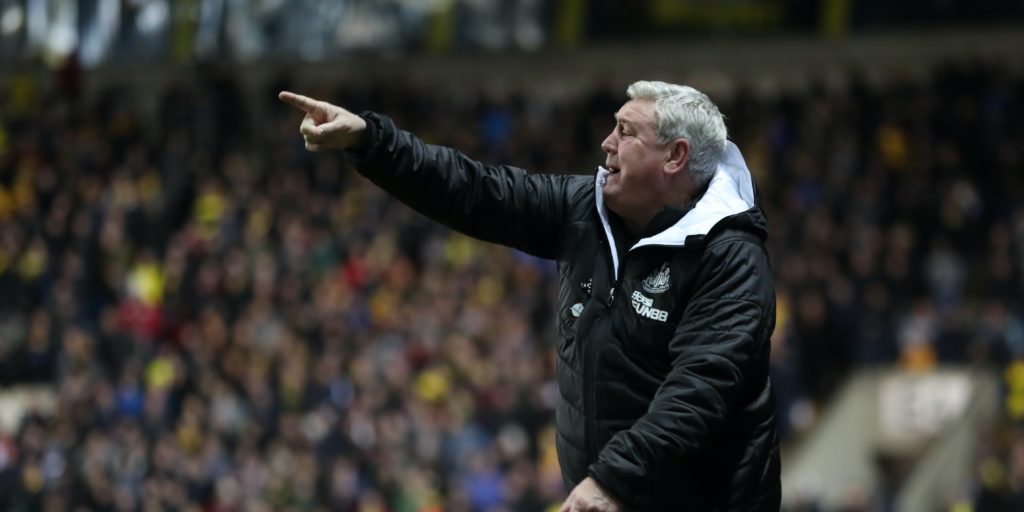 The Magpies resume the season on 35 points with nine games remaining.

Steve Bruce has told his Newcastle players to focus on the task of securing the club’s Premier League status when they return to action against Sheffield United on Sunday.

The Magpies had collected 35 points by the time the season drew to a temporary close in March and, with nine games remaining, still have work to do to ease their way over the line.

They will hope to edge closer by completing a double over the Blades at an empty St James’ Park, and their head coach is urging them not to think too far ahead despite the ongoing takeover talk on Tyneside.

Bruce said: “Look, we’ve still got a lot to do, in my opinion. We’ve got to secure our Premier League status – that has been my objective since I walked through the door, that’s absolutely paramount for a club of our size.

“We’ve got ourselves in a decent position, that’s all it is. We’ve got nine to play, we’ve got five out of the bottom six to play, so it’s all to play for, as they say.”

The Magpies won 2-0 at Bramall Lane in the reverse fixture in December on a night when Jonjo Shelvey’s controversial strike sealed victory.

However, Chris Wilder’s men have enjoyed a fine first season back in the top flight – they currently sit in sixth place on 44 points – and Bruce knows another win could be a big ask.

He said: “I’ve got nothing but the highest praise for Chris and what he’s achieved. It’s been quite remarkable and it will be difficult.

“We couldn’t have wished for a more difficult game as the first one up. But we beat them before at Bramall Lane, let’s hope we can do it again in front of an, unfortunately, empty St James’ Park.”

Allan Saint-Maximin opened the scoring in the red half of Sheffield and Bruce will hope the Frenchman returns in enterprising form having kept his skills up to scratch during lockdown by dribbling around his dog at home.

The 59-year-old said with a smile: “That wouldn’t surprise me. I’ve seen little bits and pieces and his garden was totally wrecked. Whether it’s the dog or whether it’s Allan, I’m not quite sure.

“But it wouldn’t surprise me that he’s been playing against his dog because the one thing about Allan is he enjoys playing and certainly enjoys dribbling, so let’s hope he dribbles well on Sunday.”