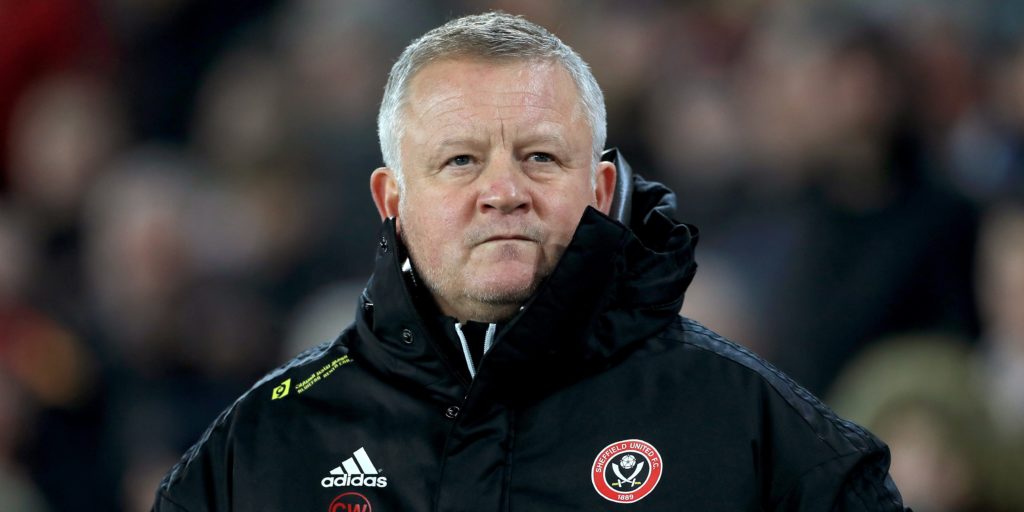 The Blades head for St James’ Park on Sunday.

Chris Wilder will cast his mind back to the heady days of the Kevin Keegan era when he takes his Sheffield United team to Newcastle on Sunday.

St James’ Park will be empty for the visit of the Blades but, for manager Wilder, the memories will be of Alan Shearer and David Ginola as conveyed to him by close friend and former Tyneside favourite John Beresford.

The Sheffield United boss said: “Everybody in football loves that from when Kevin Keegan was manager and the unbelievable success that he had there, how he galvanised that football club and showed the world what a brilliant football club it is.

“I’ve got a close friend who played there for a number of years, John Beresford, and every time we meet up, we always talk about his time there, off the pitch how it was, the passion that they showed towards the players, the demands they put on the players and him playing in that team with the likes of Ginola and Shearer.

The days when Keegan threatened to catapult Newcastle into the highest echelon of English football are long gone and the club he twice managed remains in a state of flux as owner Mike Ashley awaits a takeover green light.

Indeed, when the Magpies return to action this weekend, they will do so against Wilder’s promoted side, which is seven places and nine points better off in the Premier League table after a remarkable campaign to date.

The Blades will head for the north-east smarting from Wednesday night’s perceived injustice at Aston Villa, where they were controversially denied victory, and the 2-0 home defeat they suffered at the hands of Steve Bruce’s men at Bramall Lane in December.

Asked if that had been the most frustrating game of the season to date, Wilder said: “Yes, it was. They did a job on us. They came and they got the result that they wanted as we got the result that we wanted at Brighton and at Norwich and games like that.

“It was a different type of game from our point of view. We dominated possession, but ultimately what decided the game was they took their chances.”